When the first Welland Canal sod was turned

In this week's Remember This, we recall the momentous occasion when the first sod was turned by the Welland Canal Company, taken from Thorold Township and Town, 1786-1932, published by John H. Thompson
Mar 7, 2019 11:00 AM By: Cathy Pelletier 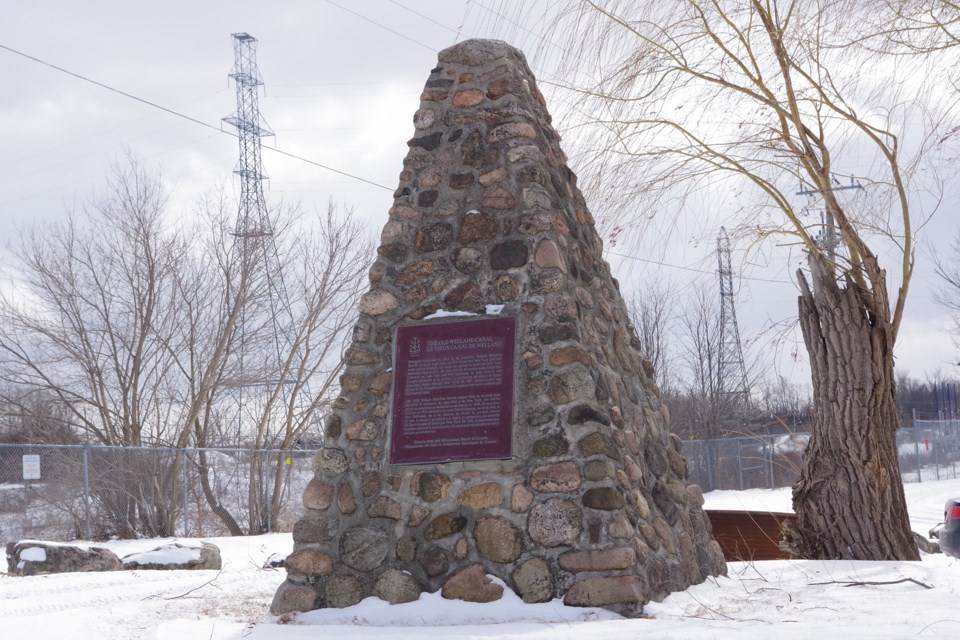 Without doubt, the greatest work of importance ever undertaken in the township is the Welland Canal. Apart from its value as a piece of engineering, it has a definite local interest, in that it has given to an inland district all the advantages of a lake port.

By its construction, Thorold, Allanburg and Port Robinson were all brought into existence, and to it all their business enterprises are due; for not only does it offer an easy means of transportation, but its great water powers have attracted or developed many important industries. And thus, in the midst of one of the finest fruit districts in the world, we have the uncommon feature of several manufacturing towns and villages.

For a long time, it had been thought possible to create a waterway through the Niagara Peninsula, and thus to overcome the great obstacle to continuous travel presented by the Niagara Falls; but it was the Hon. William Hamilton Merritt of St. Catharines who brought forward a definite plan that resulted in the actual construction of the Welland Canal. Mr. Merritt owned a mill on the Twelve Mile Creek in St. Catharines, but in dry seasons there was not enough water to turn the wheel, so he conceived of a scheme by which the stream might be fed through an artificial channel from the Welland or Chippawa River.

In 1818, he and some friends went over the proposed route, and afterwards Merritt submitted his plans to the government. The Legislature became interested in the project, and voted 2,000 pounds to have the land more correctly surveyed. They decided, however, that the course suggested by Merritt was too near the frontier, and all this money was spent upon surveying a less practical route from the Grand River to Burlington Bay, a distance of 50 miles.

In 1823, Merritt, influenced by the success of the Erie Canal in New York state, made another attempt to put his plan in operation. A number of persons furnished funds to have the old route surveyed by a competent engineer, named Hiram Tibbetts.

The Company was incorporated by an act passed in January, 1824. On the last day of November of the same year, the sod was turned near the present village of Allanburg. About 200 persons were present at this formal opening of the work. Merritt’s speech on this occasion well explained the benefits that would result from the construction of the canal. Below are excerpts of that speech:

“There is not the least doubt that it will be the most profitable description of stock. This is the opinion of almost every intelligent man who has given himself the trouble thoroughly to examine the subject.

“Gentlemen, this canal, from its peculiar and most favourable situation, will be the means of creating within itself, or by its own construction, a greater amount of transportation than will pay the interest of the capital expended, over and above the transit it will draw from Lake Erie and the profits of its hydraulic situation. It is well-known to you that the banks of the River Welland and the Grand River abound with an inexhaustible supply of pine timber, now useless, which will be floated down to our establishments, converted into lumber, and transported to the entrance of the American canal at Tonawanda, where it must ever find a constant and ready demand, as their borders are destitute of that article.

“There are likewise important quarries of the purest white gypsum, or plasters, on the borders of the Grand River, which will soon become a profitable article of commerce …

“This canal, having the Niagara for its feeder, at the commencement will afford the best and most numerous situations for machinery within the same distance in America; wet or dry, warm or cold, we always have the same abundant and steady supply of water, which will be alternately made use of without any detriment to transportation, until its termination in Lake Ontario.

“The very idea of those contemplated improvements has a tendency to exhilarate our spirits. Instead of remaining in this dull, supine state in which we have been for years past, we shall mingle in the bustle and active scenes of business; our commodities will be enhanced in value, and a general tide of prosperity will be witnessed on the whole line and surrounding country …

“That it may have a speedy and successful termination, is the most ardent wish of the Welland Canal Company.”

A spade was then given to Keefer, who turned the first sod, saying, “Gentlemen, it is with pleasure that I remove the first earth from the Welland Canal, and I ardently hope that the work may continue uninterrupted until the whole is completed.”