History of the Thorold Public Library

We share this article on the founding--and frequent moves--of the Thorold Public Library, written by Doug Youmans for the Thorold News, Oct. 21, 1995
Dec 29, 2019 1:00 PM By: Cathy Pelletier 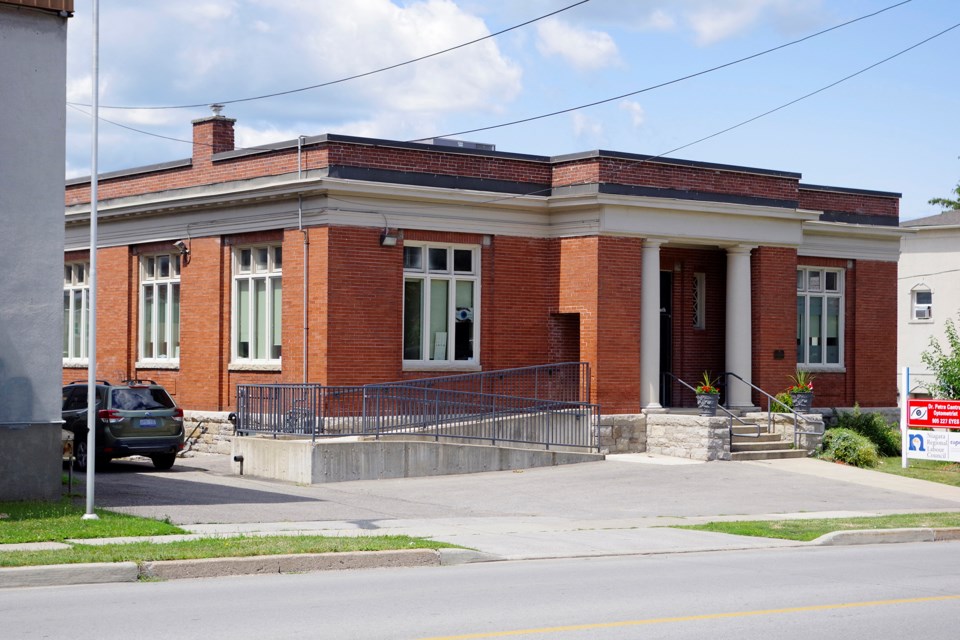 Before a “public” library came into existence, Thoroldites who could afford the $1 membership fee and wanted access to books without purchasing them joined the Thorold Mechanics’ Institute.

According to information compiled by Thorold Public Library technician Cheryl Bowman, this somewhat strangely named group was led by Bishop Thomas Fuller and started with about 600 books on its shelves Feb. 5, 1858, with 110 members. After three years, the Institute ran out of money and was disbanded until 1867, when a literary society restarted the group.

Institute meetings were held first in the old post office on Front Street, and later in the town hall on Ormond Street, where the Royal Canadian Legion is today, before moving to the Hendershot Block at the corner of Clairmont and Ormond Street in 1869.

After apparently failing to boost its membership in 1895 by dropping its membership fee to 50 cents—as reported in the Thorold Post that year—the Institute asked the Town to take over its collection of 5,000 books, creating the “Thorold Free Library.”

In 1903, the library was again on the move, this time operating out of the Masonic Building on Front Street.

In a move that seems to have ignited the passions of the community, Thorold applied for and received a grant from Scottish American philanthropist Andrew Carnegie and opened one of Ontario’s 111 Carnegie Libraries in 1912.

The doling out of Carnegie grants, apparently, was an often troublesome venture for the administrator of the grants, and Thorold was no exception, according to The Best Gift: A record of the Carnegie Libraries in Ontario by Margaret Beckman, Stephen Langmead and John Black.

The authors describe Thorold’s dealings with Carnegie administrator Mr. Bertram as follows: “But nowhere can Bertram’s exasperation with an Ontario community be better illustrated than with his own description of his experience with Thorold. Writing in 1911, he described Mayor McCullock’s most recent letter as: ‘A climax to the loose and incapable way in which the authorities of Thorold have handled this library building matter from the beginning. Eleven years ago, at the request of Thorold, Mr. Carnegie agreed to provide $10,000 for a building. Later, he was asked to provide $6,000 instead of $10,000, then $7,000 instead of $6,000, then back to $10,000, and after going through all the trouble of adjusting the complications of this correspondence, you tell us not $10,000 but $13,000 is required to cover the cost of the building. Of course, it is safe to say that this is an underestimate, rather than an overestimate’.”

According to the authors, Thorold was back in the bad books again when plans were being finalized for the new library.

“Thorold, for example, was told that there was no necessity for a second storey and, further, a staff entrance was uncalled for in a $10,000 building.”

Despite the problems, Thorold’s Carnegie Library opened in 1912 and remained in operation until 1983, when the current library was completed.

Faced with overcrowded conditions in 1981, city council set aside $200,000 to either expand its library or purchase a new one. The old Bell Telephone building, today the home to Chestnut Court Retirement Home, was first considered, then discarded when the city decided to build on city-owned land.

The decision came down to building a new library at either L. G. Lorriman School, which the city had just purchased for its new city hall, or at the Chestnut Hall on Ormond Street, which also once served as Thorold’s city hall.

With more room to expand and better parking facilities, the library board eventually settled on the 14 Ormond Street North location, less than a block away from the Carnegie Library. The cost of the new library and renovations to Chestnut Hall were estimated at the time to be around $600,000. The city offset some of those costs by selling its former city hall in Allanburg to the Niagara Peninsula Conservation Authority for $75,000 and received a Wintario grant worth $171,399.

Original plans for the new library included a basement, which would have been used as a senior citizens’ drop-in centre. At the same time, the city was planning to sell the old library.

Faced with a $60,000 basement bill, the city abandoned the senior centre’s idea, but soon afterwards decided to keep the old library and converted it into the Thorold Seniors Centre.

'Person Weigher' ad appears in Thorold Post
Dec 23, 2019 8:00 AM
Comments
We welcome your feedback and encourage you to share your thoughts. We ask that you be respectful of others and their points of view, refrain from personal attacks and stay on topic. To learn about our commenting policies and how we moderate, please read our Community Guidelines.