OPINION: Is fear and isolation our future? 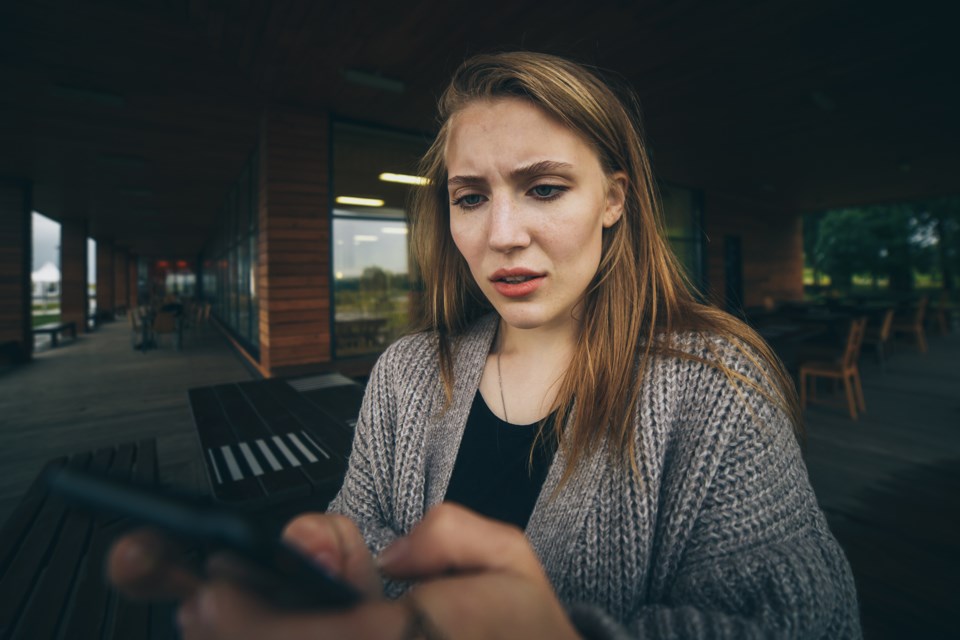 They studied play in humans and animals and found that physical play is essential in preparing all species to deal with fear, stress, decision-making, risk management and social skills later in life.

Arguments were made that since the 1980s, when the digital age took off, people have been spending less and less time engaged in physical outdoor play, and more and more time playing sedentary video games.

Those of us old enough remember tons of road hockey games happening on every block. We remember baseball leagues, soccer and hockey leagues filled to capacity. And we remember climbing in trees and building our own treehouses, soap box derby cars, and skipping ropes.

The program noted that since children of the 80s are now parents, they don’t even have these memories to pass on to their children. And worse, they are determined to protect their kids from every type of danger, germ and risk.

It’s no mystery that doubt, stress and depression are on the rise. We are inundated with constant bad news from around the world.

And so at a time when we need to be more prepared, we have become woefully under-equipped to handle it.

From a development or evolution standpoint, we cannot keep up with the changes in our lifestyle and technology that began steamrolling us over the last 50 years.

It used to take generations, or at least decades, to see major shifts in our activities and behaviours. But to go from active, movement-oriented beings to cellar dwellers, working only on our digital controller skills in less than a generation is unprecedented.

Let’s, for a moment, indulge conspiracy theorists that this plan is by design. Are we really being groomed to be less intelligent units of consumerism?

TV, always called a boob tube, is now focused on hundreds of programs called reality shows where very little of anything we’ve experienced is included. A good portion of these programs consist of housewives from various cities yelling at each other. An argument could easily be made that programming is designed to dumb us down.

Unlikely? Remember, Donald Trump, whose greatest exposure to the public was a ludicrous reality show, is now president of the United States.

Add to all of this the increase in social media as the only means of communication to a great many people.

A tool that could raise social consciousness around the world by informing us of injustices as they happen has been turned, instead, into a soap box for people who live in their basement and become trolls.

Self-imposed isolation is taking away our ability to physically act, socially interact and empathize with real people.

We have become isolated and fearful. There are enough like-minded individuals using social media to feed these fears and, since we're not talking or playing with each other anymore, we begin to believe we are alone in whatever challenges we're facing.

They will broadcast any untruth or bigotry without fear of ever facing the group or person they attack. They do not need to prove, as a journalist would, that what they say can be backed up with the truth. And so thousands of people believe their venom because they, too, will not make the effort to check the facts.

Trump has stayed on top by claiming it’s all fake news and millions believe him. How did we become so gullible in one generation?

The answer to getting back on track is two-fold, and not that difficult.

Secondly, and more importantly, get out and play more. And make sure your children play physical, challenging, and yes, even risky activities. Give them the tools to succeed in a rapidly changing world, even if you’re one of those who missed those life skill lessons during the past three decades.

OPINION: Canada Games bring crossroads to Thorold
Nov 4, 2019 8:00 AM
Comments
We welcome your feedback and encourage you to share your thoughts. We ask that you be respectful of others and their points of view, refrain from personal attacks and stay on topic. To learn about our commenting policies and how we moderate, please read our Community Guidelines.