Both accused responsible for several bank robberies throughout southern Ontario, police say
0
May 10, 2019 10:30 AM By: ThoroldNews Staff 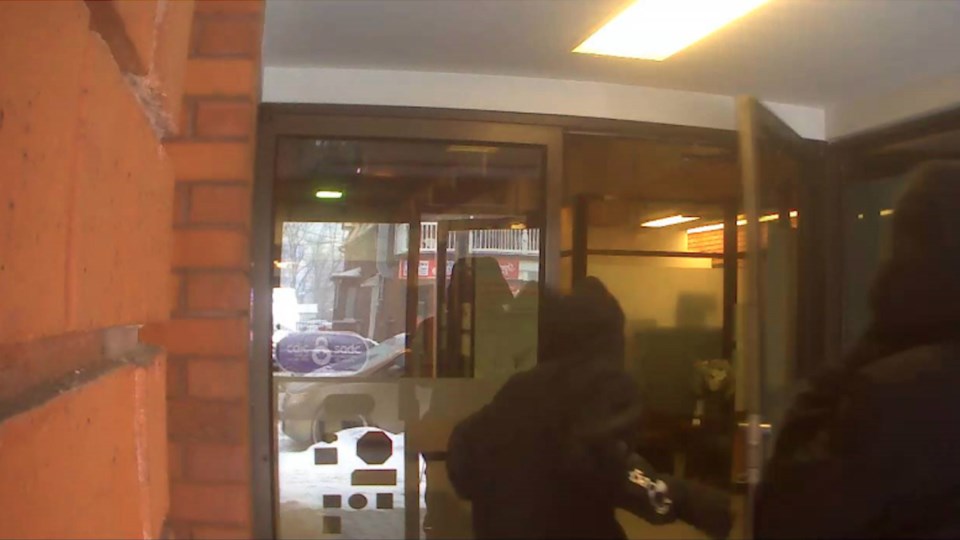 Investigation determined that both accused were responsible for several bank robberies throughout southern Ontario during the same time frame. Both males are facing several counts of robbery in various jurisdictions (Grimsby, Kitchener, York Region, Durham Region, Barrie and an attempted bank robbery in Hamilton.)

Both accused were arrested by Durham Regional Police Service and are currently before the courts.

On Wednesday, Feb. 27 at approximately 1:15 p.m., 8 District (Grimsby) uniform officers were called to a financial institution on Main Street West in Grimsby following the report of a robbery. Investigation has revealed that two males went into the bank [and] demanded cash from bank employees. A quantity of cash was obtained.

No injuries were reported and no weapon was used in the commission of the offence.

The suspects were described as both being light-skinned black males, wearing black athletic wear. Both males wore hoods and coverings over their faces.

Shortly thereafter, Niagara Regional Police officers responded to a motor vehicle collision on the QEW near Casablanca Boulevard where two males were seen fleeing north towards Lake Ontario near Winston Road. The males, believed to be connected to the earlier robbery, were seen to have facial injuries. Numerous officers attended the area, however the suspects have not been located.