Arrest made in St. Catharines stabbing

Brendan Butcher-Fawcett is facing a charge of assault with a weapon
Oct 18, 2020 12:57 PM By: ThoroldNews Staff 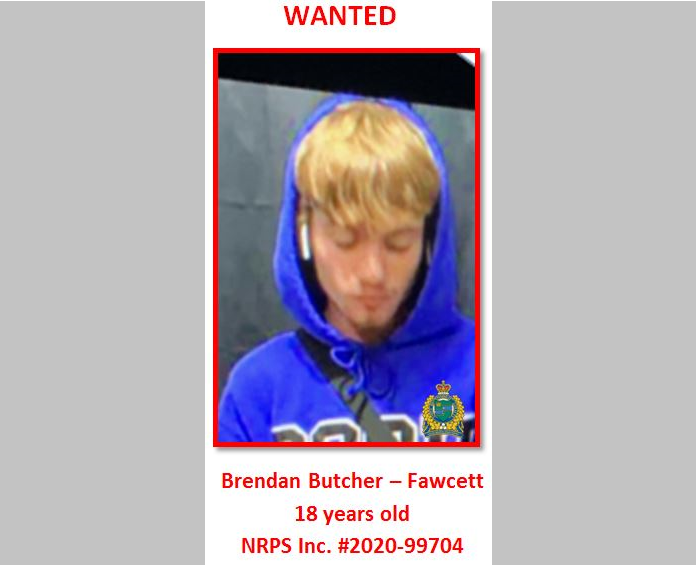 Brendan Butcher-Fawcett (18 years old), of no fixed address, was arrested and charged with the following offences of:

Butcher-Fawcett was held in custody pending a bail hearing that took place on Oct. 14, 2020, at the Robert S.K Welch Courthouse, located at 59 Church Street, in the City of St. Catharines.

On Oct. 12, 2020 at approximately 4:55 p.m., 1 District – St. Catharines uniform officers with the Niagara Regional Police Service (NRPS) responded to a report of a stabbing on Division Street near Lundy's Lane in St. Catharines.

Officers arrived on scene with paramedics from Niagara Emergency Medical Services and found a male victim in his 20s suffering from a stab wound. The victim was transported to a local hospital and then by Ornge Air Ambulance to an out of region hospital for further care. The victim has since been released from hospital.

Investigation by 1 District detectives determined that there was a fight between the victim and another man in a house on Division Street. [It is alleged that] the suspect stabbed the victim with a knife and fled from the scene. The suspect and victim were known to each other.

Brendan Butcher-Fawcett (18 years old) of no fixed address is wanted for the alleged criminal offence of:

The current location of Butcher-Fawcett is unknown, however, he is known to have ties to St. Catharines.

Butcher-Fawcett may be riding a light coloured mountain bike.

This investigation remains ongoing by detectives. Anyone with information as to the location of Butcher-Fawcett is asked to call the police or Crime Stoppers of Niagara. Detectives can be reached by calling 905-688-4111, ext. 9561.