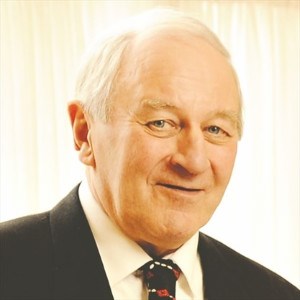 Passed away suddenly on May 11, 2019. Born September 25, 1946, Danny was beloved father of Christopher (Michelle) and grandfather of Audra. Loving brother of Marlene Evason and uncle to Murray (Sarah), Geoff (Sarah), Amy (Andrew) and JJ (Emily). Predeceased by his brother-in-law John Evason (2019) and his parents Pauline (2012) and John (1989). Boa, as he was known to loyal friends, was born and raised in Thorold and attended Thorold Secondary School where he was a talented athlete playing baseball, football, golf and hockey. One of his greatest achievements in Thorold sports was being named to the wall of fame for playing on the 1st Jr. B team in Thorold and tallying 63 goals and 31 assists in his final season. His hockey skills allowed him to pursue a hockey scholarship at Cornell University where, in his final season, he was tri-captain of the only undefeated college hockey team in NCAA history, going 29-0. After graduation, he was picked up by the Chicago Blackhawks organization and played for the Dallas Blackhawks of the CHL and then moved on to the Chicago Cougars of the WHA before injuries forced him to retire. After his hockey career, Boa returned to Thorold where he worked at the paper mill and then opened his own bar. Boa always loved to talk sports and enjoyed going to the Thorold Arena occasionally to watch the next up and coming hockey players. Boa will be sadly missed by Cassie (Martin), June (Bobby) and his family at The Overtime Pub where he enjoyed watching his beloved Browns play and talking sports with anyone close by. He will also be deeply missed by his son, granddaughter, sister, niece and nephews. The family will receive friends at the HAINE FUNERAL HOME & CHAPEL , 26 Ormond Street South, Thorold on Thursday, May 16 from 2-4 and 7-9 p.m. A private interment will be held at Lakeview Cemetery, Thorold. In lieu of flowers, the family would appreciate donations to the Thorold Athletic Association or to any young athlete in Thorold that needs help playing the sport they love.