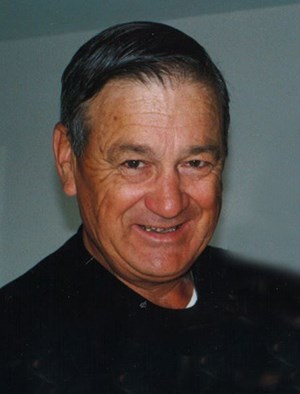 After a merciless fight with cancer, Jim passed away peacefully with his wife, Helen, by his side on Saturday, June 29, 2019 at Tabor Manor. He was in his 84th year.

Jim retired from teaching Phys. Ed. and Chemistry after 34 years at Sudbury High and Welland Centennial. He was a dedicated football, track, and hockey coach, and implemented the hockey program at Centennial HS. He was known by his students for his Nomenclature Club and "Gord" Ball. Jim had many talents and hobbies outside of teaching. He played the mandolin, umpired for the Niagara Slo-Pitch Association, played golf, slo-pitch, and hockey, skied, made goalie masks from fibreglass, and was known as Mr. Fix-it to all.

During the summer, Jim enjoyed spending time with family at Key Harbour on Georgian Bay and in St. Catharines. He would fish, scuba dive, work construction, and entertain his grandchildren. After his retirement, Jim worked part-time for Brock Golfland and at several hotels as a handyman. He was also always willing to take on projects for others when they needed his assistance. Close friends and family have enjoyed his homemade pancakes, waffles, bread, and Finnish pulla. Until a few months ago, Jim had worked out at a local gym twice a week for the past 20 years, with his dear friend, Bill Sawchuk. Jim will be tearfully missed by his devoted wife, Helen (Salfi). He was the dear father of Jeannie McGlynn and Christine (Randy) Lowden and loving Papa to Jordan and Taylor McGlynn. Son of the late Jack and Meimi Gorday. Brother of the late Robert Gorday and Irene Irvine. Survived by his sister-in-law, Ann Gorday. Son-in-law of the late Jim and Teresa Salfi. Brother-in-law of Paul Salfi (deceased) and his wife, Lillian. Special thanks to the caring staff at Tabor Manor and especially to Dr. Matt Greenway.

Cremation has already taken place. Rite of committal will take place privately. If desired, memorial donations to the C.N.I.B. or Radiant Care Foundation at Tabor Manor would be appreciated by the family.