VANCOUVER — After a rough week-long road trip, coach Marc Dos Santos says his Vancouver Whitecaps are returning home to what feels like a bit of a rude dinner guest.
0
Aug 30, 2019 6:45 PM By: Canadian Press 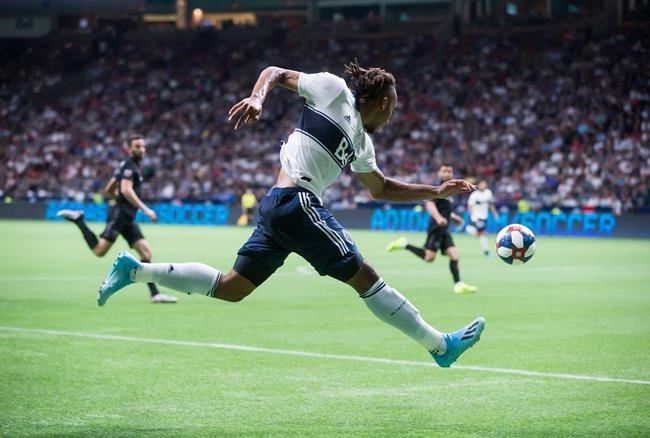 VANCOUVER — After a rough week-long road trip, coach Marc Dos Santos says his Vancouver Whitecaps are returning home to what feels like a bit of a rude dinner guest.

While the 'Caps (6-13-9) dropped a 2-1 decision in Montreal Wednesday night and faced travel delays in their return to B.C., New York City FC (13-5-8) has been in town for days preparing for Saturday's match up.

Dos Santos compared the situation to inviting someone you don't know well over for dinner.

"You tell him 'Hey, be there at 7.' And when you arrive at 7, he's already there, smoking a cigar on your couch. It's the same thing. It doesn't make sense," the coach said.

This week marks the fourth time this season that the Whitecaps have been forced to play midweek and weekend games on opposite sides of the continent.

"It's definitely been difficult for us, a lot of Wednesday games, travelling to the East Coast and back to the West. It's been a grind. But it's nice now to finally be home," said right back Jake Nerwinski.

This road swing was made especially difficult after the team's flight out of Montreal was abruptly cancelled on Thursday.

"I should have asked some of the (NYC) guys to water my plants or something because they were here all week," Nerwinski said.

Dos Santos wants to see Major League Soccer make adjustments to the schedule that would allow both teams to prepare at an equal level. One possibility, he said, would be to have only teams that both played mid-week games meet in weekend contests.

He also wants the league to do something about what he sees as uneven officiating.

There have been 12 times this year when video-assistant referee review has been used during 'Caps games and most of the calls have gone against the club.

The latest decision came in Wednesday's loss to the Montreal Impact when a penalty kick by Vancouver striker Tosaint Ricketts was called back due to encroachment. The goal would have put the Whitecaps up 2-0 midway through the first half.

Dos Santos doesn't believe the same call would have been made against other MLS teams like Atlanta United, the Seattle Sounders or Los Angeles FC.

"Against us, it's been 'Call the FBI, call the CIA, call the army, VAR, bring everybody on the field to check it again.' I think it's a lot against us," he said.

"Right now, it's way too much. This call affected the game. It was 2-0 for us and it changed totally the complexity of the game."

Still, there are positives to be taken from the mid-week match up, Ricketts said.

"We started the game quite lively and we had our tactics, we had our ideas going into the match and we executed them in the first bit of that game. Unfortunately there were some situations that turned the tides against us," said the 32-year-old, who got his first start as a Whitecaps against the Impact on Wednesday.

Preparation to face New York has to be kept simple because of time constraints, Dos Santos said, but he expects his group to go into the contest with a chip on their shoulder.

"I know that inside our guys, they feel a lot of revolt from even the call in Montreal, they feel revolt from the type of travelling, that NYC FC was here before us," he said. "And that passion, that desire, I think that's going to be a part of us (on Saturday)."

MISSING PIECE: Vancouver's Erik Godoy is listed as doubtful for Saturday's game as he nurses a right calf strain. The centre back has been a stalwart piece of the 'Caps defence this season, 2,416 minutes in 27 games.

PLAYOFF HOPES DIM: The Whitecaps must beat NYCFC to keep their faint hope of a post-season berth alive for another week. They'll also need help from some other teams in the Western Conference, where the club is currently tied with the Colorado Rapids for last place.

HOLDING OFF HEBER: The 'Caps will be looking to stymie a dynamic New York offence that has scored 48 times this season. Forward Heber Araujo dos Santos leads the charge with 13 goals, good for fifth in MLS. Midfielder Maximiliano Moralez leads the league in assists with 18.

MLB rejects 114-game schedule, threatens plan of about 50
Jun 3, 2020 7:28 PM
Canadian golfer Maddie Szeryk sitting fourth at Texas Women's Open
Jun 3, 2020 7:19 PM
Comments
We welcome your feedback and encourage you to share your thoughts. We ask that you be respectful of others and their points of view, refrain from personal attacks and stay on topic. To learn about our commenting policies and how we moderate, please read our Community Guidelines.