Sportsnet president Yabsley weighs in on changes, present and future

TORONTO — Bart Yabsley is almost seven months in to his new role as president of Sportsnet. His tenure has been marked by several significant changes. Veteran broadcaster Bob McCown was let go last spring after 30 years of hosting "Prime Time Sports.
0
Oct 1, 2019 9:00 AM By: Canadian Press 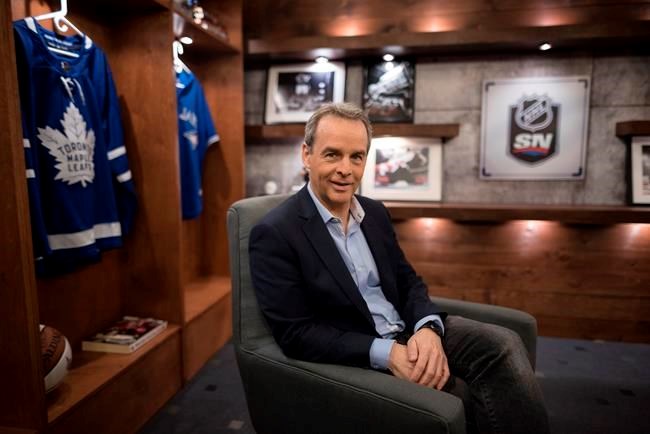 TORONTO — Bart Yabsley is almost seven months in to his new role as president of Sportsnet. His tenure has been marked by several significant changes.

"We're looking at our business and evolving our business to meet the needs of our consumers, listeners, viewers and also advertisers," Yabsley said this week in a sitdown interview. "It's a constantly evolving space."

Sportsnet, which is part of Rogers Media, bills itself as Canada's No. 1 sports media brand. It includes national and regional TV channels, a national radio network, direct-to-consumer programming, apps, podcasts and its website hub.

Yabsley, who joined the company in 2014, was promoted after most recently serving as senior vice-president of sports and entertainment partnerships and content distribution. He took over from Rogers Media president Rick Brace, who held the role on an interim basis after Scott Moore announced his departure a year ago.

"It was fairly easy for me to get comfortable," Yabsley said. "It has been good."

He said his focus now is on accelerating the growth of the direct-to-consumer business — Sportsnet Now was launched in 2016 — engaging people on a multi-platform basis, attracting new audiences and keeping them for longer.

Sportsnet's anchor property is the 12-year, $5.23-billion media rights agreement with the NHL. It also has rights to the Toronto Blue Jays and the Grand Slam curling series along with coverage of the NBA, MLB, CHL, WWE, IndyCar, FA Cup soccer and Rogers Cup tennis.

But hockey is its bread and butter, although a very expensive one.

"We love the deal and we love the fact that it's a long-term deal," Yabsley said. "It was one of those early deals where all rights were included. So we had the opportunity to develop all these new tools and methods of delivery to consumers. It was ahead of its time and I think we knew that.

"This is why I'm excited about right now. We knew it would be a little bit of time before everything evolved around the game with some of the platforms and some of the opportunities."

Wednesday's puck drop will kick off the sixth season under the deal.

"We have to get and will get the games right," Yabsley said. "The quality of our broadcasts has to always be there but I have great confidence in the people we have doing those. What we need to do, I believe, is extend that content onto multiple platforms."

"When we talk about where our business is going and what's important to us, that's what we want to develop," he said. "I want to develop more of those franchises on multi-platform."

As for the on-air hockey product, Yabsley said there will be some tinkering but the bigger changes will be on multi-platform initiatives.

"That's where I've asked the team to focus," he said. "To develop content around those platforms and push it out to people so they can consume it anytime and anywhere they want."

Veteran host Ron MacLean is back as host of Hockey Night in Canada and Rogers Hometown Hockey.

And Don Cherry is returning to his usual role on Coach's Corner.

"He's a very smart broadcaster," Yabsley said. "Make no mistake. He knows what he's saying. And as far as Ron goes, if there's a more talented broadcaster in the country, I don't know who it is. He's absolutely fabulous."

Yabsley, who started his career as a lawyer, had a first-hand look at the main competition before moving to Sportsnet. He worked at Bell Media/CTV — home to TSN, Sportsnet's longtime rival — for over 15 years in senior executive roles.

"Why I wanted the job and why I'm thrilled to have this job is because of the portfolio that we have," he said. "When you combine the national NHL rights deal (with Sportsnet's other deals), we feel like we've got the greatest set of assets that a sports media brand could want in this country."

Yabsley stresses that he doesn't plan to just repurpose content. He's looking for instant analysis and a little experimentation along the way.

Critics of the hockey deal point to the eye-popping pricetag and lack of playoff payoff with Canadian teams often struggling if they make the post-season. Yabsley called it a "fabulous asset."

"We couldn't be happier," he said. "It has delivered all the things we've asked it to deliver. Ratings were up last year on Saturday night, on Rogers Hometown Hockey, it is our job to keep building that growth and interaction."

This report by The Canadian Press was first published Oct. 1, 2019.

Archibald, Draisaitl lift Oilers over Hurricanes 4-3
Feb 16, 2020 7:29 PM
Comments
We welcome your feedback and encourage you to share your thoughts on this story. We ask that you be respectful of others and their points of view, refrain from personal attacks and stay on topic. To learn about our commenting policies and how we moderate, please read our Community Guidelines.