MANCHESTER, England — All players from overseas seeking to join Premier League clubs are set to be subject to points-based criteria for work permits after Britain's departure from the European Union is complete.
Apr 28, 2020 3:58 PM By: Canadian Press 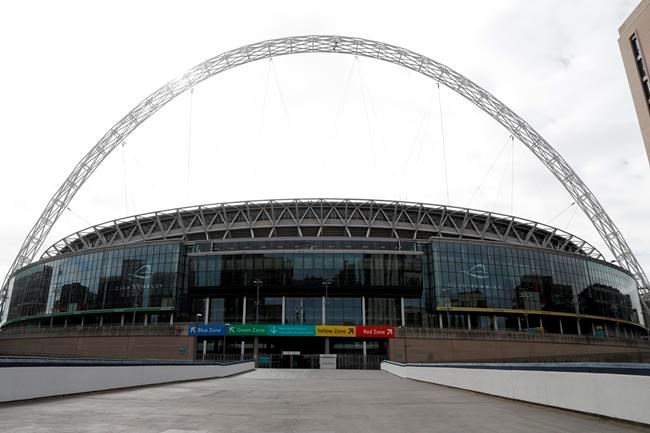 MANCHESTER, England — All players from overseas seeking to join Premier League clubs are set to be subject to points-based criteria for work permits after Britain's departure from the European Union is complete.

Currently, only players from outside of the European single market have to meet certain soccer-specific immigration requirements. But new regulations are required because clubs will no longer have the unrestricted ability to sign players from the continent after the transition period for Britain's divorce from the EU.

The English Football Association disclosed in its annual financial report on Tuesday plans for a points-based system for the Premier League, which had wanted a way of maintaining the status quo.

The FA and Premier League are yet to come to an agreement on the specifics of the number of homegrown players in the 25-man squads, with eight currently required.

The new points system will expand the current assessment for work permits for non-European players, so taking into consideration the number of international appearances by players, the FIFA ranking of their country, the transfer fee, and salary to establish the need of the club to sign them.

The FA said it was “proactively trying to mitigate and leverage” the “risks and opportunities” presented by Brexit.

“This has a potential negative impact on the number of European players entering the English game, which could result in a devaluation of the domestic rights of English competitions but could be an opportunity for the English players in the Premier League but also other leagues from the EFL to the Women’s Super League," the FA said in its strategic report.

Given its role in overseeing the national teams, the FA also wanted to maximize the opportunities for English talent to play in the Premier League.

The FA said it was working with other soccer bodies to gain approval from the Home Office to update the Governing Body Endorsement requirements that are already applied to players from outside of the European Union or European Economic Area.

Premier League clubs, like European counterparts, are currently allowed to transfer 16- and 17-year-old players between countries in the region under an exemption from FIFA regulations. But after Brexit, British clubs will only be allowed to sign foreign players over the age of 18.

Britain officially left the 27-nation bloc on Jan. 31, but remains within the EU’s economic and regulatory orbit until the end of the year.