WINNIPEG — Manitoba Premier Brian Pallister says big public events, including professional sports, will be on the back burner when the province announces plans to reopen sectors of its economy that were shut down by the COVID-19 pandemic.
Apr 28, 2020 3:48 PM By: Canadian Press 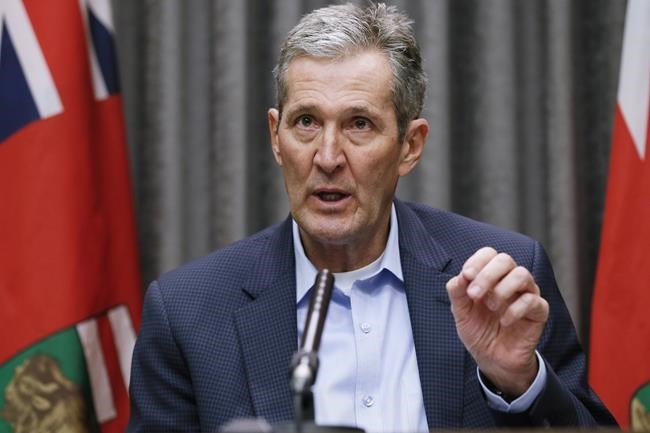 WINNIPEG — Manitoba Premier Brian Pallister says big public events, including professional sports, will be on the back burner when the province announces plans to reopen sectors of its economy that were shut down by the COVID-19 pandemic.

"I mean I'm a sports fan and I like a concert once in a while. I think all of us might like to enjoy those things and I think the likelihood of those happening in the distant future is a lot less than for many other things," Pallister said Tuesday.

"I think the reality is a big congregation of a lot of people is a danger to everybody there, and a danger to all of us. So those are things that are very likely going to be at the back of the pack when it comes to reopening."

Manitoba is scheduled to announce its reopening strategy Wednesday.

His comments come a day after Ontario released a three-stage plan for reopening.

While the third stage includes having all workplaces open and further relaxing rules on public gatherings, sporting events and concerts would still be restricted.

"No one loves sports more than I do and everyone loves a good concert, but again, we're working with these areas," Ontario Premier Doug Ford said Tuesday.

"I don't believe when sports come back they're going to come back with a full stadium anywhere in North America. I think there will be empty stadiums at the beginning."

North America's top sports leagues are exploring games in empty arenas and stadium, but that may not work for leagues that are gate-driven and not buffered financially by a lucrative television deal.

CFL commissioner Randy Ambrosie said on Toronto radio station Sportsnet 590 The Fan that there was "not a high likelihood" that the league would operate this season without fans in attendance.