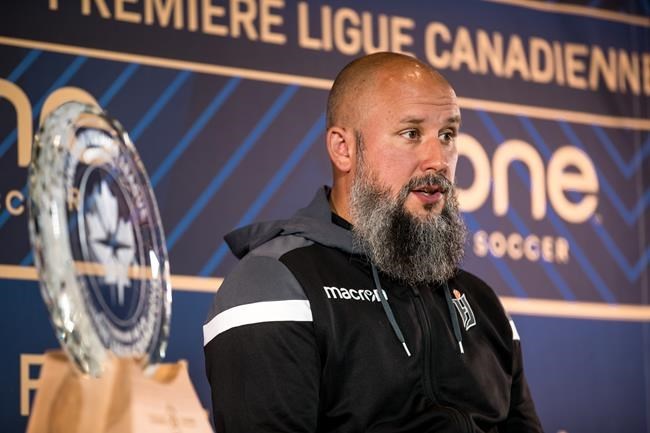 After watching his team defend its Canadian Premier League Championship at the Island Games on Saturday, the Forge FC coach said the fate of his impressive lockdown facial hair would be decided by his two sons — aged six and eight — when he got home.

"It's sticking around," Smyrniotis said Wednesday. "I think they missed seeing it live. So it's here to stay for a bit."

Asked what his wife through about the beard, Smyrniotis said: "(She) wasn't too happy about it in the beginning, I won't lie."

"I think it's grown on her," he added with a laugh.

Smyrniotis and Forge spent six weeks in the CPL bubble in Charlottetown for the Island Games.

This report by The Canadian Press was first published Sept. 23, 2020.