Finch aims to 'breathe some confidence' back into Wolves

MINNEAPOLIS — When the Minnesota Timberwolves decided again to change coaches, president of basketball operations Gersson Rosas turned to one of the candidates he interviewed during the last search. The dossier on Chris Finch was still fresh.
Feb 22, 2021 8:31 PM By: Canadian Press 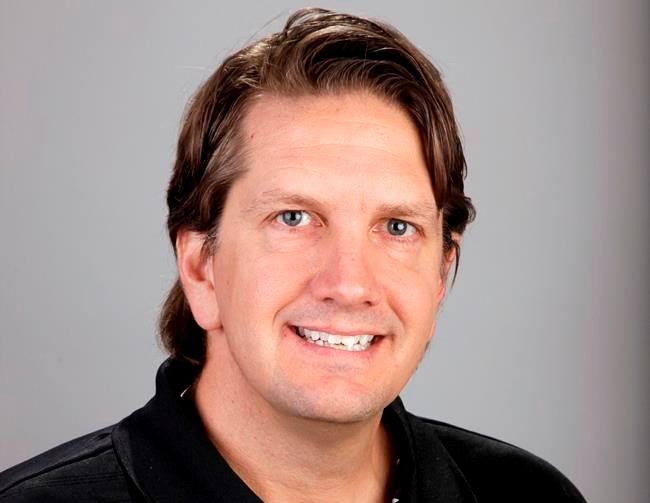 MINNEAPOLIS — When the Minnesota Timberwolves decided again to change coaches, president of basketball operations Gersson Rosas turned to one of the candidates he interviewed during the last search.

The dossier on Chris Finch was still fresh. The last round of this came less than two years ago.

“I think the near-misses motivated me even more. Everything happens for a reason. This is a place I really want to be. This is place I wanted to be in 2019,” said Finch, who was introduced Monday as the 14th coach of the Timberwolves in 32 seasons after less than three months as an assistant for the Toronto Raptors.

Finch replaced Ryan Saunders, who was fired Sunday night after Minnesota lost at New York and fell to a league-worst 7-24.

Not only did the 51-year-old Finch recently interview for the position, he worked as an assistant in Houston (2011-16) while Rosas was an executive. Finch also was the coach in what is now called the G League for 2010 champion Rio Grande Valley, the affiliate of the Rockets that Rosas oversaw.

Rosas made Saunders the full-time coach shortly after he was hired on May 1, 2019, to run the club. That decision had strong backing from owner Glen Taylor and his reverence for the late Flip Saunders, the father of Ryan and by far the winningest coach in the woebegone franchise's history, but in making this move Rosas essentially said he sought more experience than the 34-year-old could offer. Saunders, who had replaced Tom Thibodeau, went 43-94.

“Ryan did everything that he could to help us be successful. I wish our fans could see how hard he worked day in and day out. It wasn’t because of a lack of effort. It’s just the reality,” Rosas said.

The injuries, trades and virus protocols that shuffled and diluted the rosters appeared to be insurmountable impediments to success for Saunders. Since Rosas acquired point guard D'Angelo Russell on Feb. 6, 2020, he and star Karl-Anthony Towns have only played in five games together.

Still, the Timberwolves are 1-6 since Towns recently returned from COVID-19. One of those late-game lapses occurred in an eight-point loss to the Los Angeles Lakers last week, when Towns didn't take a single shot in the fourth quarter.

“He should be at the of everything," Finch said.

Finch has 24 years of coaching experience, roughly half of that in Europe. The two-time NCAA Division III All-American at Franklin & Marshall College in Pennsylvania played for the Sheffield Sharks in the British Basketball League and later coached the same team from 1997-2003. Finch also coached Britain’s national team in the 2012 Olympics.

After his tenure with Houston, Finch spent one year as an assistant for Denver and three with New Orleans. Considered one of the league’s best offensive strategists, Finch has helped coach stars such as Nikola Jokic, Zion Williamson and James Harden over his career.

Toronto coach Nick Nurse said he figured his team's game Sunday would be Finch's last, after the Timberwolves sought permission from the Raptors to interview him and make the rare midseason move of hiring another team's assistant. Rosas said he didn't decide to fire Saunders until Sunday.

“I’ve always seen it as my job to try to get people to maximize their career ambitions,” Nurse said. “I don’t think they would be here in the first place if I didn’t really believe in them.”

Current Timberwolves assistant David Vanterpool, who runs the team's , has those ambitions, too. One of Vanterpool's former pupils with Portland, star guard Damian Lillard, was among many NBA players who voiced anger that Vanterpool, who is Black, didn't get the job at least on an interim basis. Finch is white. Rosas is Latino, one of few minorities in front office roles around the league.

“Anybody who knows me knows how important diversity is to me,” Rosas said, adding: “Unfortunately when you’re in the middle of a season, you’re really at the mercy of teams in terms of who can become available.”

Ryan Saunders ranks seventh out of 13 on the all-time winning percentage list for the Timberwolves, ahead of Bill Musselman, Randy Wittman, Bill Blair, Sidney Lowe, Kurt Rambis and Jimmy Rodgers. Only Flip Saunders, who had the job from 1995-2005 and again in the 2014-15 season, has held this position for more than three years.

After losing to the Knicks, before Saunders was fired, Towns told reporters he's seeking stability for the franchise that has had little of it over three-plus decades in the league.

“I want to build my legacy here so I want to win with the Wolves, and I’m going to do everything I possibly can to keep step-by-step, brick-by-brick, building something and a culture here that’s going to stand here for a long time,” Towns said.

“I think we can breathe some confidence back into the roster,” Finch said, "and these guys can maybe find some joy.”