Canadian coach Marcel Rocque spent nearly three years working with the Chinese curling program. He'd have no problem travelling back despite the heightened tension between the two countries.
Jan 16, 2019 3:22 PM By: Canadian Press 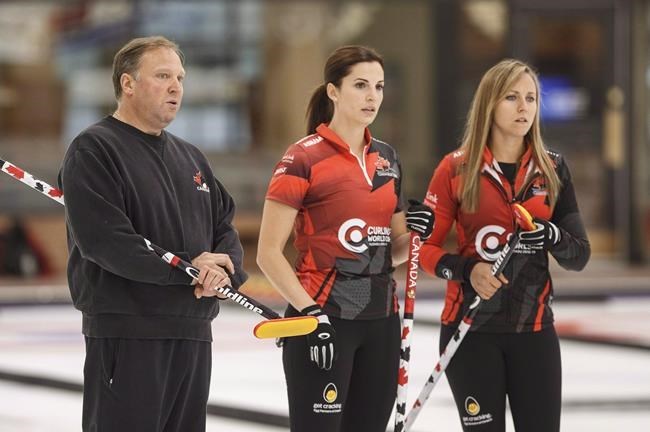 Canadian coach Marcel Rocque spent nearly three years working with the Chinese curling program. He'd have no problem travelling back despite the heightened tension between the two countries.

"I've experienced nothing but the utmost respect," Rocque said Wednesday from Edmonton. "Would I be afraid to go? No. Would I tell Canadians that are going there in an invitational role to feel any concern or any worry? No, absolutely not."

Relations between Ottawa and Beijing have become strained since Canada's arrest of Chinese executive Meng Wanzhou at the request of the United States last month.

Both countries also recently toughened their respective travel advisories. Ottawa warns of the "risk of arbitrary enforcement of local laws'' in China while Beijing is urging Chinese citizens to consider their personal circumstances and approach travel to Canada with caution.

The developing situation is of interest to the curling community with two major events coming up later this season.

A Chinese team will compete at the March 30-April 7 world men's curling championship in Lethbridge, Alta., and three Canadian teams will travel to Beijing for the May 8-12 World Cup Grand Final.

Rocque, who played lead for the Ferbey Four side that won four national titles between 2001 and '05, is one of a number of Canadians who have worked with the Chinese curling federation, which is trying to boost its program ahead of the 2022 Beijing Olympics.

Coach Mike Harris made his first visit to the country last August and is planning to return this spring. He admitted that recent developments have caught his attention.

"My family is obviously concerned for any potential issues I might have over there," he said from Toronto. "I don't foresee it being a major thing but it's certainly uncomfortable, that's for sure."

Curling Canada also is keeping a close eye on things. It's planning to send 10 Canadian curlers to China for the World Cup finale.

"We'll keep monitoring government advisories but as of right now, plans remain in place for the teams to play in Beijing," a federation spokesman said in an email.

Rocque, who's coaching Team Rachel Homan this season, had three 10-month contracts with the Chinese federation, the last deal expiring after last season. He said he would travel to training centres throughout the country during his time there.

"The athletes are great, I felt safe there," he said. "I would go tomorrow without hesitation even under the political climate and the stuff that we're reading about in the media."

Harris, who skipped Canada to a silver medal at the 1998 Nagano Olympics, said he had a good experience in China last summer.

"We are fairly insulated in that we have people picking us up at the airport and (have) translators," he said. "We're not touring around while we're there. We're not really immersed with apartments and access to anyone other than the curlers.

"I don't foresee it being a big challenge for us, especially because we're working with the Chinese. We're hired by their sports federation to help them. So I'm not as concerned."

Homan's team will be joined by Team Kevin Koe and the mixed doubles duo of Kirk Muyres and Laura Walker at the World Cup Grand Final.

"We will monitor the situation as it evolves and follow the Government of Canada's travel advisories," Team Homan said via text in a statement. "For now, our focus is on our playdowns and we have some time still before we have to make any decisions about the World Cup."

The Canadian teams secured their spots in the final by winning the season-opening event on the four-stop circuit last September in Suzhou, China.

"At this time, there are no planned changes for the Grand Final of the Curling World Cup, to be held in Beijing in May," a World Curling Federation spokesman said in an email.

"The World Curling Federation works closely with the Chinese sporting authorities to ensure a great and safe experience for all athletes."