TORONTO — CONCACAF has announced its qualifying format for the 2022 FIFA World Cup, with the confederation's six top-ranked teams handed a shorter road to the sport's showcase tournament.
0
Jul 10, 2019 1:49 PM By: Canadian Press 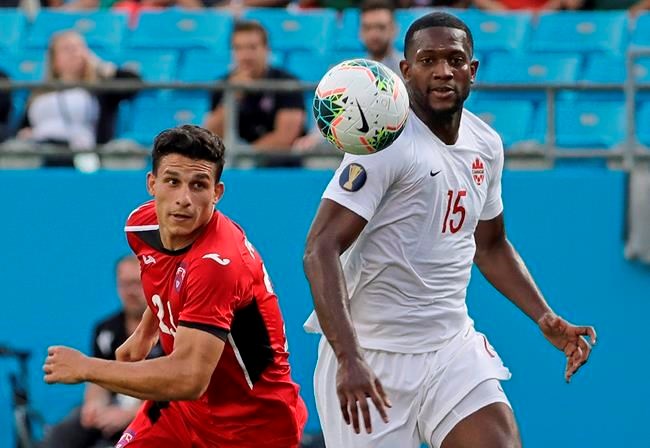 TORONTO — CONCACAF has announced its qualifying format for the 2022 FIFA World Cup, with the confederation's six top-ranked teams handed a shorter road to the sport's showcase tournament.

Those elite teams, which had to play an extra round in qualifying for the 2018 World Cup, will compete for three places in Qatar in 2022 in one round-robin phase.

The remaining CONCACAF teams, which would include Canada based on current rankings, have to slog it out in two rounds to see who earns the right to compete in an intercontinental playoff to join them.

Qualifying will start in September 2020.

The top six teams in North and Central America and the Caribbean region, based on the FIFA ranking published after the international window of June 2020, will move straight into a hexagonal round-robin.

After home-and-away round play during match windows in September, October and November 2020 and March and September 2021, the top three teams in the Hex will qualify directly to the World Cup in Qatar.

Unless the Canadian men rise up the rankings, they will have to fight it out in qualifying with the rest of CONCACAF — the teams ranked No. 7 to No. 35 in the region.

Those 29 teams will be divided into eight groups — five groups of four teams and three groups of three teams. After home-and-away round robin play during the FIFA match windows of September, October and November 2020, the first-place finishers in each of the eight groups qualify for the knockout stage.

The quarterfinals, semifinals and final matches of the knockout phase will be played in a home-and-away direct elimination format, during the FIFA match windows of March, June and September 2021.

The top-tier Hex and secondary knockout rounds will happen at the same time.

The date, location and procedures for the draw which will determine the groups and match schedule for the Hexagonal will be announced later this year.

Canada's loss to No. 101 Haiti in the quarterfinals at the recent Gold Cup is not likely to boost its world ranking. But positive results against the U.S. in the CONCACAF Nations League later this year would help.

Fourteen teams met head-to-head in the first round with the winners moving on. The second round featured 10 head-to-head contests while the third round, which brought in the seventh- and eight-ranked teams in the region, had six head-to-heads.

The fourth round featured the six survivors plus the top six teams, divided into three groups for round-robin play. The top two in each group advanced to the Hex, with the top three finishers qualifying for Russia and the fourth-place finisher (Honduras) moving on to an intercontinental playoff won by Australia.

Canada did not make it out of the fourth round, finishing third in its pool behind Mexico and Honduras.

Canada has only ever qualified for the World Cup once, in 1986, when it failed to score a goal and exited after three straight losses.

Qualifying should be moot in 2026 with Canada, as co-host with Mexico and the U.S., expected to get an automatic berth.

Beloved Tigers star, Hall of Famer Al Kaline dies at 85
Apr 6, 2020 7:55 PM
Todd Helton served 48 hours in jail after DUI guilty plea
Apr 6, 2020 6:45 PM
Comments
We welcome your feedback and encourage you to share your thoughts on this story. We ask that you be respectful of others and their points of view, refrain from personal attacks and stay on topic. To learn about our commenting policies and how we moderate, please read our Community Guidelines.