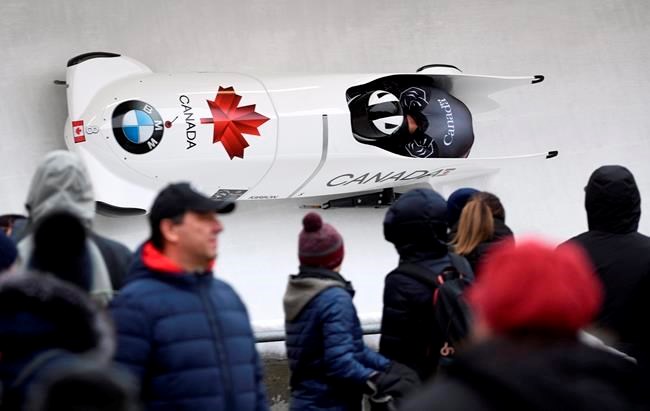 Kripps, from Summerland, B.C., and Sam Giguere of Sherbrooke, Que., had a two-run time of one minute 39.59 seconds. Kripps won bronze a day earlier with Ben Coakwell of Saskatoon.

"It was really good today," Kripps said. "These are the first races we have had on this track, so we were just trying to get in the medals. We managed to get on the podium in both races, so we achieved our goal."

Oskars Kibermanis and Matiss Mikniss of Latvia won gold in 1:39.18 and Switzerland's Simon Friedli and Gregory Jones were second at 1:39.54.

Kripps also finished third in the overall World Cup two-man standings. He locked up the Crystal Globe as the season title winner after guiding the Canadian sled to five podiums — four bronze and one silver — in eight races this season.

"It's good to know we are always fighting for the podium in every race," said Kripps.

This report by The Canadian Press was first published Feb. 16, 2020.

Summit Series star, longtime Blackhawks defenceman Pat Stapleton dead at 79
Apr 9, 2020 10:44 PM
Comments
We welcome your feedback and encourage you to share your thoughts on this story. We ask that you be respectful of others and their points of view, refrain from personal attacks and stay on topic. To learn about our commenting policies and how we moderate, please read our Community Guidelines.