BRNO, Czech Republic — Benoit-Olivier Groulx of the Halifax Mooseheads was the final cut Hockey Canada made on Saturday as Canada finalized its roster ahead of the world junior hockey championship.
0
Dec 21, 2019 11:40 AM By: Canadian Press 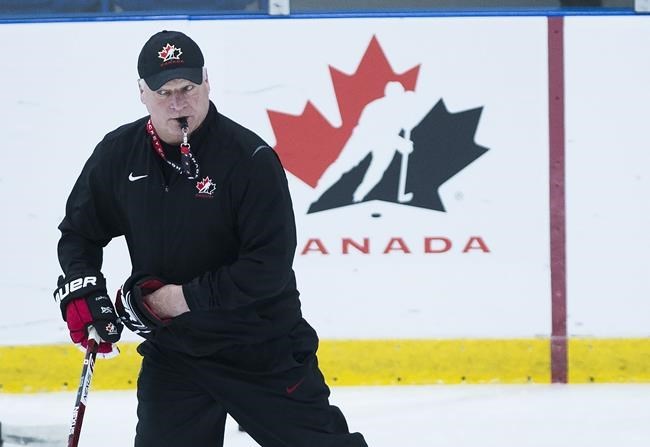 BRNO, Czech Republic — Benoit-Olivier Groulx of the Halifax Mooseheads was the final cut Hockey Canada made on Saturday as Canada finalized its roster ahead of the world junior hockey championship.

Barrett Hayton, Alex Lafreniere, Jared McIsaac, Ty Smith and Joe Veleno are all returning from Canada's sixth place finish at last year's tournament that was held in Vancouver and Victoria.

It also includes Quinton Byfield and Jamie Drysdale, who won a silver medal with Canada's men's summer under-18 team at the 2019 Hlinka Gretzky Cup.

"The management group and coaches have done a terrific job working with the players and finalizing the roster," said Shawn Bullock, director of men's national teams with Hockey Canada. "This team has a lot of skill, international experience and, most importantly, is a group of quality young men."

The puck will officially drop on Boxing Day when Canada takes on the United States in the Czech Republic.

This report by The Canadian Press was first published Dec. 21, 2019.