LONDON — Bianca Andreescu won't play at Wimbledon because she needs more time to recover from a shoulder injury.
0
Jun 24, 2019 5:28 PM By: Canadian Press 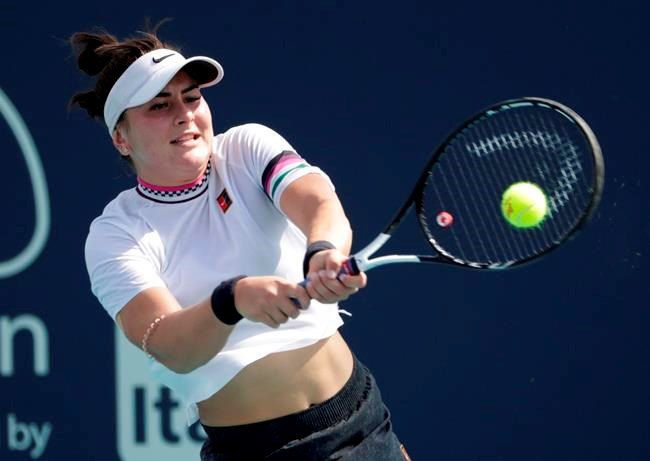 LONDON — Bianca Andreescu won't play at Wimbledon because she needs more time to recover from a shoulder injury.

In a Twitter post Monday, Tennis Canada said "Unfortunately due to ongoing shoulder rehab and recovery, Bianca Andreescu has withdrawn from Wimbledon."

The 19-year-old Andreescu is Canada's highest-ranked player at No. 25.

Andreescu was seeded 22nd when she withdrew from the French Open ahead of her second-round match against Sofia Kenin because of the right shoulder problem.

She won the BNP Paribas Open at Indian Wells in March, becoming the first wild-card winner and second-youngest to claim the title in tournament history.

Andreescu started the year by reaching the final of the ASB Classic in Auckland, New Zealand following upset wins over Caroline Wozniacki, Venus Williams and Hsieh Su-wei. She then raced from New Zealand to Melbourne to play qualifying for the Australian Open, and made the main draw of the season's first major.