After 50 years of failure, feds to try again on major land project in Ottawa

OTTAWA — The government of Canada is once again trying to offload billions of dollars worth of Crown land next to Parliament Hill that has remained virtually empty since the 1960s.
0
Mar 7, 2019 3:17 PM By: Canadian Press 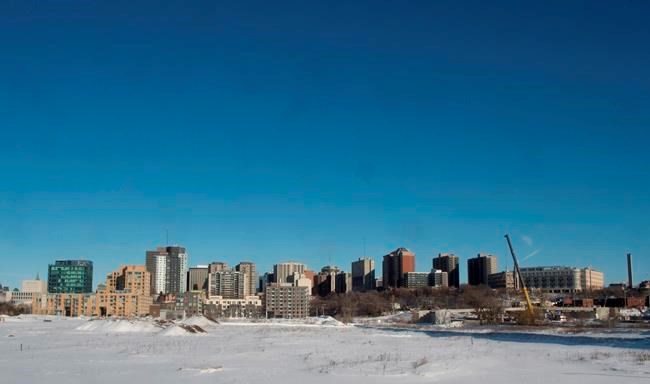 OTTAWA — The government of Canada is once again trying to offload billions of dollars worth of Crown land next to Parliament Hill that has remained virtually empty since the 1960s.

The National Capital Commission will issue a new call for proposals to develop the LeBreton Flats area of Ottawa after a former redevelopment plan, which featured a new arena for the Ottawa Senators, ended in failed mediation and lawsuits.

The federal agency says a new vision for the 22-hectare site on the Ottawa River will include the potential for a new "major events centre" — but the centre might not include the Ottawa Senators.

"We recognize that we need to move ahead with this project regardless if there is a major events centre or an arena there," National Capital Commission CEO Tobi Nussbaum told reporters Thursday.

"This is an important site and we feel the conditions are such that we can succeed without (an arena). That said, we've learned that there were some wonderful capital-building elements that we saw in the previous process, and we're determined to maintain that sense of vision, of ambition, of boldness."

The Ottawa Senators' owner, Eugene Melnyk, had joined with land developer John Ruddy to come up with a $4.1-billion plan for the federal land that included a new hockey arena, but the partnership soured and finally ended last week after weeks of mediation talks led by a retired judge.

Both partners have launched lawsuits against one another, claiming over $1.7 billion in damages between them.

Nussbaum said the National Capital Commission remains committed to developing LeBreton Flats despite the problems that have plagued the project thus far. This time, the process will include a phased approach, beginning with certain parcels of land, and tighter timelines for negotiations.

Once an updated overall concept plan has been drawn up, which will include public input, an initial request for proposals will be launched for a one-hectare site adjacent to the future location of a central library for the city, which also includes space for Library and Archives Canada.

The hope is to see a development that will include a mix of residential, commercial and cultural elements that will be guided by market decisions, said National Capital Commission board chair Marc Seaman.

"The board has remained steadfast in its commitment to the redevelopment of these lands and to bring back a vibrant community to the heart of the National Capital region."

LeBreton Flats was a working-class and industrial neighbourhood until the federal government expropriated and razed it as an eyesore in the 1960s. Plans to build a major government complex there never came to fruition. It now includes the Canadian War Museum and a handful of condominium buildings but multiple redevelopment schemes have foundered.