OTTAWA — Prime Minister Justin Trudeau and some of his fellow world leaders were joined by an unexpected ally on Thursday in their show of international solidarity on sharing an eventual COVID-19 vaccine: U.S. President Donald Trump.
Jun 4, 2020 3:21 PM By: Canadian Press 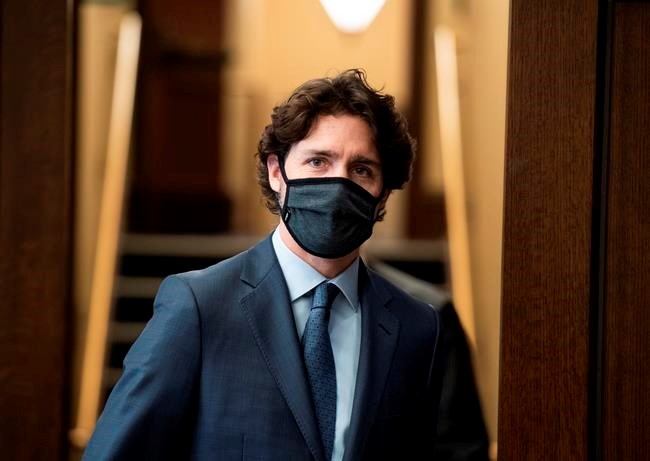 OTTAWA — Prime Minister Justin Trudeau and some of his fellow world leaders were joined by an unexpected ally on Thursday in their show of international solidarity on sharing an eventual COVID-19 vaccine: U.S. President Donald Trump.

Trump offered a rare, if brief, message of support at Thursday's summit, hosted by British Prime Minister Boris Johnson. The virtual gathering was aimed at ensuring poor countries will have ready access to an eventual vaccine for the deadly coronavirus that causes COVID-19.

Trump has been a no-show at recent videoconferences of world leaders, including last week's major United Nations meeting and an event earlier in May, co-hosted by the European Union, that was designed to shore up the World Health Organization, which Trump has defunded. Trump has complained the WHO was too cozy with China and under-reported the impact of the pandemic outbreak earlier this year.

Trudeau, meanwhile, has been playing up Canada's international profile as part of its campaign for a temporary seat on the United Nations Security Council, which comes up for a vote in two weeks.

Trump made it clear he was appearing Thursday as a favour to Johnson, a kindred political spirit. The event was not on the president's itinerary or the press release for the meeting.

"(Johnson) called. He said, 'Do you think you could do something, maybe around the Oval Office?' I said, 'Why not?' It happens to be right behind me," Trump said, gesturing to the background in a message of less than 40 seconds.

"As the coronavirus has shown, there are no borders. It's doesn't discriminate. It's mean, it's nasty but we're going to all take care of it together. It's great to be partnering with you. We will work hard. We will work strong. Send my regards to Boris and good luck. Let's get the answer," Trump added, before signing off.

In Ottawa, Trudeau reaffirmed Canada's commitment to the world's multilateral institutions, international alliances such as the G7, which Trump has disrupted and derided over the years.

"Even as some of our allies, including the United States, seem to withdraw from the world, Canada is engaging in strong and confident ways as Canadians expect us to," the prime minister said.

Trudeau said in his summit remarks that a COVID-19 vaccine must be shared by the world to eradicate the disease.

It was Trudeau's third international summit in a week. Canada is campaigning for a seat on the UN's most powerful body on a platform of helping to rebuild the post-pandemic world. Canada is competing against Norway and Ireland.

"As a global community, we must work together to make sure that people around the world have access to vaccinations, especially the most vulnerable," Trudeau said.

They were among the leaders from 50 countries, pharmaceutical companies and major organizations, including philanthropists Bill and Melinda Gates, to take part in the conference which exceeded it $10-billion target by raising almost $13.5 billion for GAVI, the Vaccine Alliance — the leading agency for distributing vaccines to less-developed countries.

Trudeau had previously announced Canada's five-year, $600-million pledge to GAVI, which has immunized 760 million children and prevented 13 million deaths in the world's poorest countries since 2000.

Trudeau's international outreach comes two weeks before the UN's 193 ambassadors are to start voting by secret ballot to fill two non-permanent seats on the Security Council.

Canada's leadership in the post-pandemic world is sorely needed especially in light of current fall from grace of the her own country, said Gayle Smith, an Obama-era National Security Council expert on the Ebola outbreaks in Africa during the last decade.

"Your country has got enormous credibility around the world as a country that can always be trusted," Smith, now the president of the One Campaign anti-poverty organization, said in an interview.

Smith credited not Trudeau, but International Development Minister Karina Gould, for emerging as a leading voice on global pandemic co-operation.

"Your development minister is quite a champion of a bold international response, and we're really pleased with that. Count on Canada. She's got a vision and she's got a determination that it is really, really, really needed," said Smith.

"Your country has got enormous credibility around the world as a country that can always be trusted."

Smith said she was as surprised as anyone to see Trump at the summit but said "he didn't say much" and was likely trying to boost his own image, which is battered by historic, country-wide protests and widespread criticism of his leadership from Republicans as well as Democrats.

This report by The Canadian Press was first published June 4, 2020.

Quebec police say girls who were subject of Amber Alert found dead
Jul 11, 2020 11:26 PM
Comments
We welcome your feedback and encourage you to share your thoughts. We ask that you be respectful of others and their points of view, refrain from personal attacks and stay on topic. To learn about our commenting policies and how we moderate, please read our Community Guidelines.