The number of COVID-19 cases in prisons is rising, prompting Canada's criminal lawyers and an inmate advocacy group to ask federal and provincial governments to reduce the number of people in the institutions.
0
Apr 9, 2020 2:14 PM By: Canadian Press 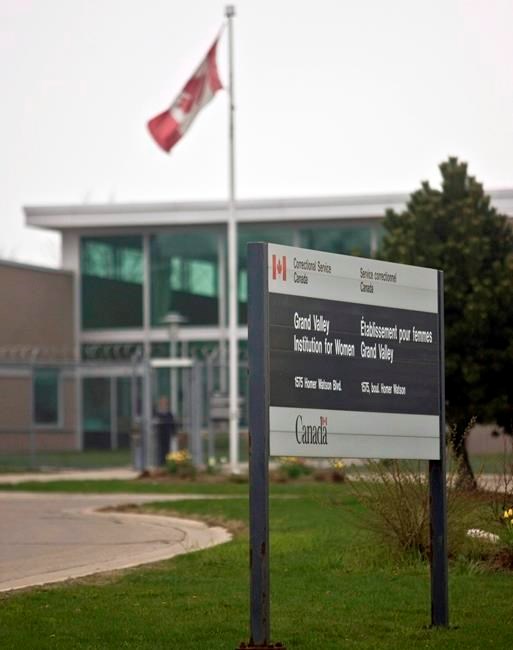 The number of COVID-19 cases in prisons is rising, prompting Canada's criminal lawyers and an inmate advocacy group to ask federal and provincial governments to reduce the number of people in the institutions.

Cases jumped from 21 Tuesday to 42 on Thursday at institutions in Quebec, Ontario and British Columbia.

At a prison in Mission, B.C., the number has increased to 14, while one person has the virus at the Pacific Regional Treatment Centre. The outbreak at the Grand Valley Institution for Women in Ontario has infected eight inmates.

Quebec has outbreaks at the Joliette Institution, where 10 prisoners have the virus, and at the Port-Cartier prison, where nine are sick.

The virus has also been diagnosed in 49 prison guards at Port-Cartier, Joliette and Donaconna institutions in Quebec and in Ontario's Grand Valley Institution.

The Criminal Lawyers' Association has sent out an affidavit for its 1,600 members to use in court from Dr. Aaron Orkin, a physician, epidemiologist and assistant professor at the University of Toronto.

John Hale, a vice-president with the association, said the virus is a new factor in sentencing and needs to be taken into account.

"The whole concept has been flipped on its head now with COVID-19 because a person may be more of danger to the community in the sense of a health risk if they're kept in a highly populated jail where the disease can spread."

Orkin's affidavit, which was released by the association, says an outbreak in prisons or jails would be no different than the spread of the virus in other facilities.

"Experience with cruise ships, hospitals and long-term care facilities show us that it is extremely difficult, near impossible, to limit a coronavirus outbreak in congregate living settings, especially those with close quarters, shared toileting and eating facilities, or service personnel moving between people confined to their rooms," the document says.

It's extremely likely that COVID-19 will arrive in nearly every correctional facility in Canada, which means almost all inmates will be exposed in one way or another, it says.

"The only available method to substantially reduce the resulting infections and deaths is therefore to reduce the population in those settings."

Catherine Latimer, the executive director of the John Howard Society of Canada, said epidemiologists around the world are saying prisons amplify the contagion.

At the very least, the federal and provincial governments should eliminate double-bunking and get the elderly who have chronic health conditions out of the institutions because physical distancing is virtually impossible, she said in an interview.

Latimer said the Parole Board and the correctional service already know the prisoners who have been defined as low risk, such as those approved for parole, day parole or other unescorted temporary absences.

In fact, Ontario, B.C., Newfoundland and Labrador, and the Northwest Territories have diverted hundreds from jails or granted them temporary absences. Offenders who serve weekend sentences have also been released in many provinces.

Public Safety Minister Bill Blair's office said in a statement Tuesday the minister has asked the commissioner of the correctional service and the chair of the Parole Board to determine if certain offenders could be released early.

The Parole Board has said it is steamlining its processes to respond to the pandemic.

Canadian medical professionals released an open letter on Tuesday urging the federal, provincial and territorial governments to stop admitting people to jails and prisons and release as many as possible.

Latimer said finding a place for those who are released to safely isolate themselves wouldn't be difficult with hotels, motels, university residences and other facilities empty. There are many agencies that would be able to help the transition, she said.

"It would be better to get the vulnerable people out before the virus contaminates the prison that they're in. It's a different set of issues if the virus is in the prison and you're taking people out."

This report from The Canadian Press was first published April 9, 2020