First troops return from Ukraine, in quarantine at Ontario military base

OTTAWA — More than 100 Canadian soldiers have returned home from Ukraine and are in quarantine at an Ontario military base for the next two weeks to ensure they do not have COVID-19.
0
Apr 8, 2020 1:13 PM By: Canadian Press 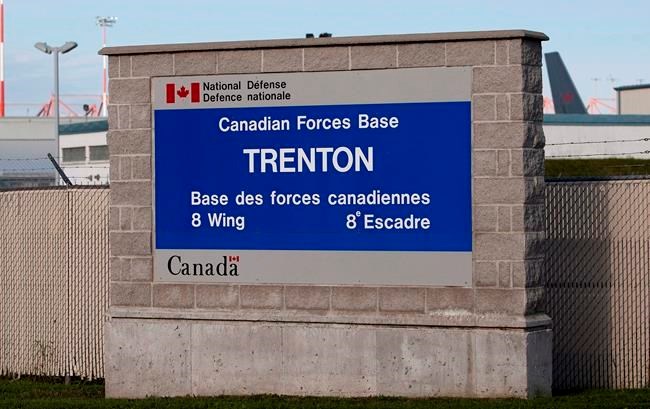 OTTAWA — More than 100 Canadian soldiers have returned home from Ukraine and are in quarantine at an Ontario military base for the next two weeks to ensure they do not have COVID-19.

The troops arrived at Canadian Forces Base Trenton on Tuesday night after spending the past six months in Ukraine, where they had been training local forces to fight Russian-backed separatist forces in the east of the country.

The Department of National Defence says the returning soldiers were required to undergo a medical screening before boarding a Royal Canadian Air Force plane and were all found to be free of COVID-19 symptoms.

Canada has another 100 troops still in Ukraine who are expected to return by the end of the month and are also expected to be housed at CFB Trenton before returning to their homes and families.

Most of the returning troops, who are being housed at the same hotel as hundreds of Canadians repatriated from overseas when the COVID-19 pandemic first started, are from Edmonton.

The Defence Department says mental-health services and other support will be made available to the troops during their stay.

Military commanders were initially unsure whether to proceed with a plan to withdraw the troops this month and replace them with another force due to concerns about COVID-19.

A decision was eventually made to proceed with the withdrawal and send a skeleton force of 60 soldiers to hold the fort until the pandemic passes.

Chief of defence staff Gen. Jonathan Vance has essentially put all Canadian military personnel on a war footing by telling them to stay healthy and be ready to respond.

Ottawa says it is mobilizing up to 24,000 Canadian troops to help deal with the COVID-19 pandemic, with those returning from Ukraine and elsewhere expected to return to duty following their two-week quarantines.

PM joins third pandemic summit amid campaign for Security Council seat
Jun 4, 2020 4:00 AM
Comments
We welcome your feedback and encourage you to share your thoughts. We ask that you be respectful of others and their points of view, refrain from personal attacks and stay on topic. To learn about our commenting policies and how we moderate, please read our Community Guidelines.