Canada lost more than one million jobs in March, but April could be even worse

OTTAWA — More than one million Canadians lost their jobs at the onset of the COVID-19 crisis in March, a grimly historic one-month figure Statistics Canada reported Thursday, as the number of people applying for federal aid surpassed five million.
0
Apr 9, 2020 4:18 PM By: Canadian Press 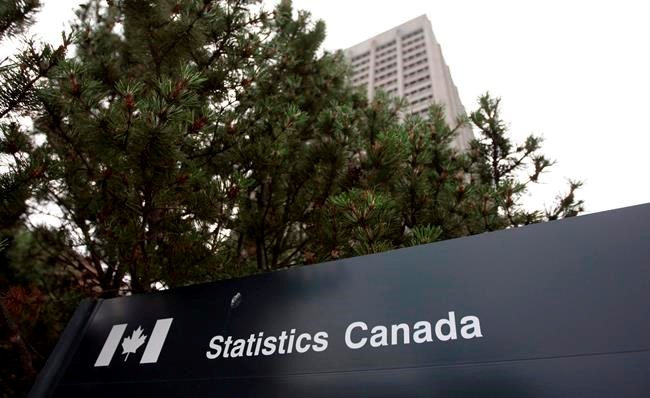 OTTAWA — More than one million Canadians lost their jobs at the onset of the COVID-19 crisis in March, a grimly historic one-month figure Statistics Canada reported Thursday, as the number of people applying for federal aid surpassed five million.

The job losses were eight times worse than the previous one-month record from January 2009 at the height of the financial crisis, and during a seven-month stretch where the country lost 426,500 jobs. They also wiped out job gains from the past three years.

The national unemployment rate ticked up 2.2 percentage points to 7.8 per cent — the highest it has been since October 2010.

Most of the increase in unemployment came from temporary layoffs, meaning workers expected to get their jobs back in six months. And nearly 598,000 people were not actively seeking work, meaning they weren't counted among the unemployed.

The number of people who didn't work any hours during the week of the labour force survey increased by 1.3 million, the national statistics office said. The number who worked less than half of their usual hours increased by 800,000 as overall work hours dropped by an eye-popping 15.1 per cent.

All told, Statistics Canada said some 3.1 million Canadians either lost their jobs or had their hours slashed last month due to COVID-19, a figure that painted the dramatic and sudden shift in the job market.

"We all knew it was going to be bad, but it is still hard to process the numbers."

And yet the numbers are bound to be worse when Statistics Canada conducts this month's survey because the figures collected in mid-March caught only the beginning of the crisis.

There are now 4.58 million Canadians receiving the Canada Emergency Response Benefit — a figure that includes most of the 2.5 million who applied this week and those who were previously on employment insurance, the federal government said Thursday.

Most of the job losses were in the private sector, while the youth unemployment rate was 16.8 per cent, the highest it has been since June 1997.

Sales and service jobs — which represent about one-quarter of the Canadian workforce —  accounted for just over 60 per cent of all job losses in March, dropping by an estimated 625,000. These workers are relatively low-paid, which Statistics Canada said suggested "the first workers to experience job losses as a result of COVID-19 are among those least able to withstand economic hardship."

"I don't think it would be shocking to be talking about a three-million job decline in April," he said in an interview.

"That's within the realm of possibility, but let's see how firms respond in the next week or so to the prospect of the wage subsidy program."

Parliamentary approval is required for the 75 per cent wage subsidy program, which will pay out a maximum of $847 per employee, per week for eligible businesses of all sizes. The Liberals relaxed some eligibility requirements this week to make the program easier to access when it opens either late this month or early May.

The help will be too late for some small- and medium-sized businesses to rehire laid-off workers, while others can't afford to wait the three to six weeks it might take to receive help, said Dan Kelly, president of the Canadian Federation of Independent Business.

Kelly told the House of Commons finance committee Thursday that some businesses don't think they'll reopen, and some owners have called the CFIB over suicidal thoughts.

"That is how dark this has quickly become for small-business owners," said Kelly, whose organization represents over 100,000 businesses.

The $73-billion wage subsidy program is the largest component of direct federal financial aid that thus far totals $105.5 billion, not including about the same amount in loans and tax deferrals. The emergency benefit is forecasted to cost $24 billion.

Hassan Yussuff, president of the Canadian Labour Congress, said the federal spending programs are integral to preserving jobs and getting money to workers, but called for broader rules to increase access to the aid.

Parliamentary budget officer Yves Giroux estimated in a report Thursday that the federal deficit for the fiscal year that started April 1 could top $184.2 billion. He warned more spending may be necessary than those already announced to "ensure that the economy reaches lift-off speed" — especially if consumer and business behaviour doesn't quickly get back to normal.

Speaking outside his Ottawa residence, Prime Minister Justin Trudeau said the government is "extremely hopeful" it can "restore a certain measure of economic activity in the coming months" once the first wave of the pandemic passes and suggested the government would spend as necessary.

Conservative Leader Andrew Scheer said Thursday in Regina that his party would support some big-ticket spending items because many Canadians are out of work and facing increasingly difficult financial circumstance through no fault of their own.

— With files from Stephanie Levitz

Defence Department accused of using pandemic to withhold info from Parliament
Jun 3, 2020 4:05 AM
Comments
We welcome your feedback and encourage you to share your thoughts. We ask that you be respectful of others and their points of view, refrain from personal attacks and stay on topic. To learn about our commenting policies and how we moderate, please read our Community Guidelines.