A group representing amusement fair operators is calling for government support, saying the COVID-19 pandemic has dealt a severe blow to the industry.
Sep 25, 2020 6:59 PM By: Canadian Press 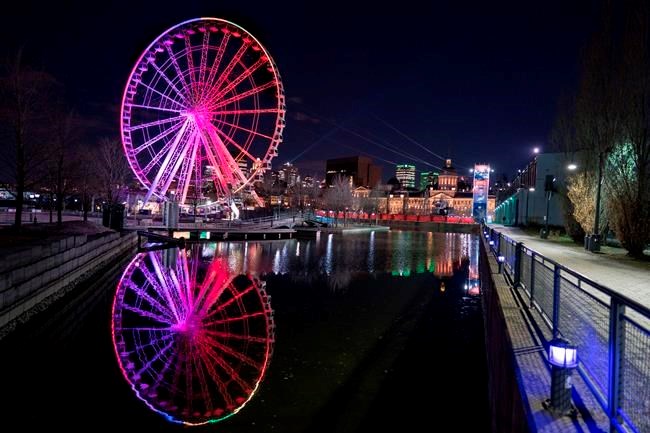 A group representing amusement fair operators is calling for government support, saying the COVID-19 pandemic has dealt a severe blow to the industry.

The Canadian Association of Amusement Operators said its members have lost nearly all their projected revenue for the year as many annual fairs and carnivals have been cancelled.

The association said in a statement that despite not being able to hold events, operators still have to cover expenses such as insurance, rent and maintenance.

Fairs offer cultural and economic value to communities, the association said, noting individual operators can employ up to 100 people.

Director Andrew Gidaro, who operates a company that rents out midway rides in the Greater Toronto Area, said the pandemic has been an "incredible disaster" for the industry.

"Fall fairs are a major part of Canadian culture and heritage. A lot of them are 150 or 160 years old," Gidaro said in an interview.

The association warns that without support, such events may not be able to return in the future.

"We need help from the government to keep us alive so when the pandemic is over, we can get back out there," Gidaro said.

Patrick Jamieson, general manager of World's Finest Shows, which bills itself as Ontario's largest travelling carnival, said his business has not generated any income in nearly a year.

"We won't have any income for 18 months," Jamieson said in an interview.

Earlier this month, Ontario Premier Doug Ford said he was willing to help the Canadian National Exhibition amid reports the Toronto event's future may be jeopardized after it was cancelled due to the pandemic.

Gidaro noted that if fairs like the CNE receive government assistance, but midway and concession providers like his group do not, then fairs would not have games or rides.

This report by The Canadian Press was first published Sept. 25, 2020.

This story was produced with the financial assistance of the Facebook and Canadian Press News Fellowship.

Junior hockey employment lawsuit on thin ice; judges refuse to OK $30-million deal
Oct 28, 2020 3:12 PM
Comments
We welcome your feedback and encourage you to share your thoughts. We ask that you be respectful of others and their points of view, refrain from personal attacks and stay on topic. To learn about our commenting policies and how we moderate, please read our Community Guidelines.