OTTAWA — An ad-hoc transparency group is calling on governments to make crucial records related to the COVID-19 pandemic open by default as a measure of accountability to the public.
May 25, 2020 2:17 PM By: Canadian Press 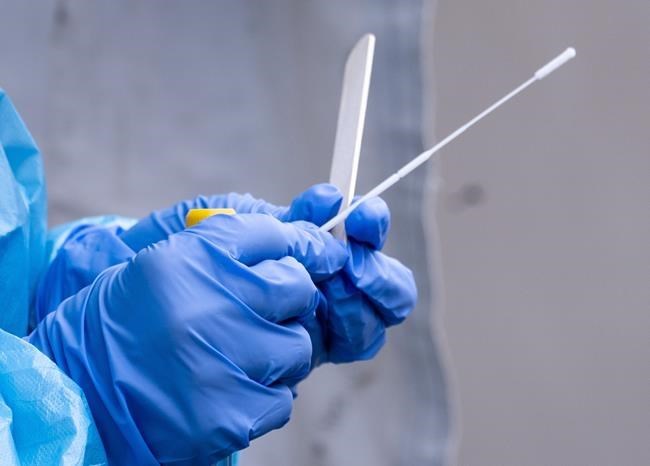 OTTAWA — An ad-hoc transparency group is calling on governments to make crucial records related to the COVID-19 pandemic open by default as a measure of accountability to the public.

The coalition includes academics, lawyers and representatives of groups including the Whistleblowing Canada Research Society and Anti-Corruption and Accountability Canada.

In a report released Monday, it said the COVID-19 pandemic has demanded dramatic action, both politically and financially, to slow the spread of the disease.

But the coalition said public and private bodies have been less than transparent with the news media and the public about those actions.

"Canadians are being kept in the dark about everything from how much money is being spent to fight the pandemic to basic data about where the disease is spreading," said Ian Bron, an Ottawa-based accountability advocate and former whistleblower (on Transport Canada and marine security) who co-ordinated the group's effort.

"We know that when governments and corporations operate without public scrutiny, the potential for negligence, fraud, and misinformation dramatically increases."

During a pandemic, that puts lives and scarce dollars at risk, Bron said.

The group echoed a recent call from federal information commissioner Caroline Maynard for agencies to release pandemic-related records they create, without prompting.

Prime Minister Justin Trudeau said Monday the government has emphasized transparency when announcing programs to address the effects of COVID-19.

"But we recognize there's always more to do in terms of openness and transparency, and we will continue to demonstrate that with Canadians," he said at his daily briefing. "Because we know fundamentally there's an issue of trust and of confidence."

If Canadians have confidence their government is working on their behalf to support them during the pandemic, they will continue to follow public health advice, which will be beneficial to everyone, he added.

Treasury Board President Jean-Yves Duclos said Monday he has reminded colleagues and his officials to ensure "whatever is possible is done" concerning transparency, given the current challenges.

Duclos, the minister responsible for the Access to Information Act, said he has spoken with the information commissioner about how the government can release more documentation proactively and use technology to improve openness.

The accountability group seeks a clear declaration that Canadian governments will protect anyone who reports public or private-sector wrongdoing pertaining to health and safety, science or the misuse of public funds, particularly during the COVID-19 crisis.

It also recommended creation of a COVID-19 ombudsman to advise and support Canadians wishing to disclose any wrongdoing they see.

"Even those in organizations with disclosure mechanisms, such as whistleblower hotlines, may not know of (or trust) them," the report said. "They would benefit from support in choosing where to go, articulating their concerns and understanding what evidence they need to make a credible disclosure of wrongdoing."

The report also called for an awareness campaign to educate employees about how to report wrongdoing concerning the expenditure of public funds related to the pandemic, as well as the non-disclosure or manipulation of information on COVID-19.

The coalition acknowledged its recommendations are ambitious and will require "work and consistent, steady leadership."

Some can be enacted quickly while others, such as the development of comprehensive whistleblowing legislation, will require more time, it said.

"However, without these reforms, it will be difficult for citizens to hold bad actors accountable for their actions and inactions during the pandemic, as well as prevent future failures that could jeopardize both taxpayer dollars and Canadian lives."

This report by The Canadian Press was first published May 25, 2020.

Chiefs to renew call for racism inquiry during meeting today with N.B. premier
Jul 9, 2020 5:10 AM

Police reform in Toronto and stolen Bibles; In The News for July 9
Jul 9, 2020 4:15 AM
The latest numbers on COVID-19 in Canada for Thursday, July 9
Jul 9, 2020 4:00 AM
Comments
We welcome your feedback and encourage you to share your thoughts. We ask that you be respectful of others and their points of view, refrain from personal attacks and stay on topic. To learn about our commenting policies and how we moderate, please read our Community Guidelines.