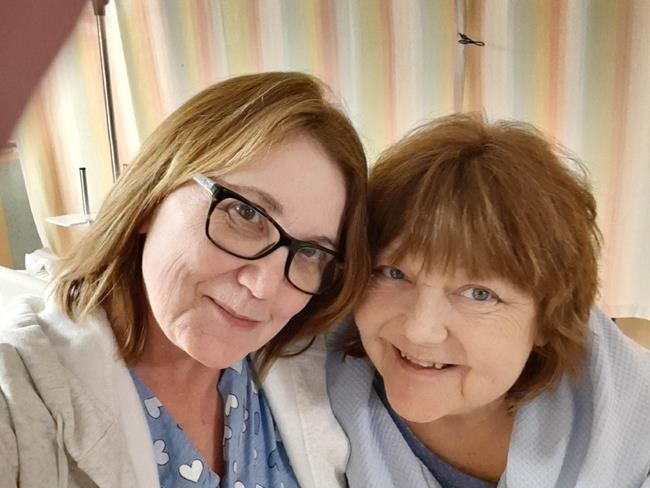 COVID-19 has sickened thousands of Canadians from coast to coast and killed more than 340.

Here are the stories of some of those who have lost their lives:

CALGARY — Mike and Deb Diemer were expecting 2020 to be the best year of their lives.

"My in-laws have lost a daughter, my sisters-in-law have lost a sister, I've lost a wife and my daughter has lost her mom," Diemer said.

Doctors had always followed his wife's health closely after she was diagnosed with primary pulmonary hypertension in 1986.

Diemer said she was able to keep the disease in check with medication until late 2001. She was able to get a double-lung transplant months later in 2002.

About six weeks before her death she got a kidney transplant with a donation from her older sister, Kathy Ziegler.

Diemer said his wife only experienced mild COVID-19 symptoms and her doctors recommended she stay home to recover, since she wasn't having difficulty breathing and could speak in full sentences.

But she deteriorated quickly and went into medical distress at home, he said. Doctors later told him that she had died within hours of the virus attacking her heart.

"My wife is an Irish redhead and she never backed down from a fight," Diemer said.

"Every time, she didn't complain. She just faced whatever she had to face and kept going. We thought she was going to beat COVID-19, too."

WINNIPEG — Wade Kidd had an absolute love for life.

His family said in a statement that Kidd started developing flu-like symptoms on March 18 and was admitted to hospital on March 27 where his condition deteriorated quickly.

The grandfather, father and husband died on April 2, about a month before his 55th birthday.

Kidd had some underlying health concerns, however, in general he was healthy and active, his family said.

He could fix anything and enjoyed camping. He was a loving husband and proud father to his two sons. His love for his two young grandchildren knew no bounds, his family said.

"His monster hugs made us feel safe and his easygoing manner kept us calm in stressful times," his wife wrote.

Kidd was a private person, but the family wanted to share his story. His family said they hope it will convince everyone to stay home so further families don't have endure what they are facing, mourning without the ability to have a funeral.

"He was a steady ship in a crazy storm, and now he is gone. Now that storm threatens to swallow us whole."

His wife, Jennifer Auger, says her husband started developing symptoms on March 13 and was diagnosed on March 16. He was hospitalized shortly after and died March 30.

She says he was particularly affected because by the disease he was asthmatic.

Shawn Auger was involved in youth hockey and worked at the Youth Assessment Centre in High Prairie, Alta., about 370 kilometres northwest of Edmonton. His wife says a position was created especially for him to help youth transition out of the facility.

"That job, he loved it," she said. "He loved it because he got to meet new people, talk to the youth and mean something to them."

She says her husband first went to school to become a police officer and served in various placements, including at the Edmonton Institution, before he decided to work with young people.

"He wanted to work with the youth ... to make a difference, so they didn't end up in jail or anything like that."

She says she and her husband recently bought a house in the High Prairie area to renovate and turn into a group home.

It's something she plans to continue in his memory.

"Through all this, we did not lose Shawn," she says. "We gained a fighting, caring, wonderful angel ... and he is still working from beyond."

NORTH BATTLEFORD, Sask. — Alice Grove was a 75-year-old widow who lived alone on a farm in west-central Saskatchewan.

Her sister Eleanor Widdowson says Grove, a former nurse's aide at Saskatchewan Hospital, was having breathing difficulties and collapsed in her home on March 28. She died in hospital the next day.

The sisters last saw each other on March 13 when they met for coffee in nearby North Battleford.

Widdowson believes her sister contracted the virus on one of her many trips into the city.

Grove's battle with COVID-19 was hampered by diabetes, says Widdowson. Grove had also survived a battle with cancer.

Ultimately, Widdowson says she made the decision to remove Grove from life support.

"You have to be sensible about it and not take treatment away from a possible 35-year-old that can get better, when you know the 75-year-old lady’s not going to get better."

NORTH VANCOUVER, B.C. — Dr. Denis Vincent is being remembered as a dedicated dentist who made patient care and safety his top priority.

Vincent was 64 when he died on March 22 after attending the Pacific Dental Conference, which drew about 15,000 people.

Family lawyer Bettyanne Brownlee says Vincent was diligent in adhering to recommended practices for infection control throughout his more than 40-year career. He was quarantining himself when he died.

She says Vincent cared deeply about people, had a great sense of humour, and his two great loves were skiing and sailing with friends and family.

"He was enormously proud of his sons, who will keep their memories close as they come to terms with the absence of their father from their adult lives," Brownlee says.

MONTREAL — Mariette Tremblay's granddaughter says her 82-year-old grandmother was a caring woman who was loved by all.

In the Facebook post, Bibianne Lavallee says her grandmother had suffered from respiratory problems and, when the virus struck, she was vulnerable. Her death was reported by Quebec health authorities on March 18.

"Unfortunately, by the time all of the measures were announced and taken, it was too late to spare my grandmother,'' Lavallee says. "When her diagnosis was announced, she was already doomed."

"Everything must be done to prevent human tragedies like the one we are experiencing from continuing to multiply. We want the death of my grandmother, the first victim in Quebec of COVID-19, to help save lives."

PM joins third pandemic summit amid campaign for Security Council seat
Jun 4, 2020 4:00 AM
Comments
We welcome your feedback and encourage you to share your thoughts. We ask that you be respectful of others and their points of view, refrain from personal attacks and stay on topic. To learn about our commenting policies and how we moderate, please read our Community Guidelines.