US homes sales rise 2.4% in August

SILVER SPRING, Md. — Sales of existing homes rose 2.4% in August to its highest level since 2006 as the housing market recovers from a widespread shutdown in the spring brought on by the coronavirus outbreak.
Sep 22, 2020 1:07 PM By: Canadian Press 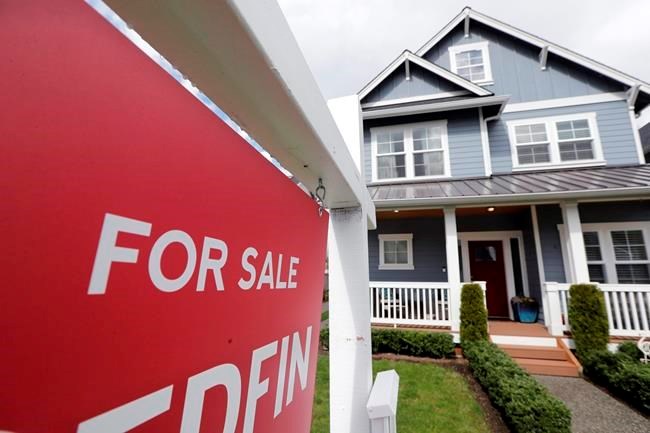 SILVER SPRING, Md. — Sales of existing homes rose 2.4% in August to its highest level since 2006 as the housing market recovers from a widespread shutdown in the spring brought on by the coronavirus outbreak.

The National Association of Realtors said Tuesday that sales rose to a seasonally adjusted annual rate of 6 million homes sold last month. Sales are up 10.5% from a year ago and back to pre-COVID-19 levels of early 2020.

Although the pace of sales has slowed significantly after back-to-back months of more than 20% gains, it's the third straight monthly gain after big, consecutive declines in March, April and May.

Despite rising prices, the lack of available homes has buyers snatching them off the market at faster every month, especially with interest rates settling at historic lows under 3%.

A lack of available homes has been a problem for years, long before the virus outbreak spooked many homeowners into staying put. The number of property listings for sale in August was 1.49 million units, a decline of 18.6% from this time last year.

“This lack of supply continues to push home-price growth higher,” said economist Joel Kan of the Mortgage Bankers Association. “The 11% gain in prices is far above income growth and threatens overall affordability – especially for first-time buyers.”

Regionally, home sales have climbed in everywhere for three straight months when compared with the previous month. Median home prices grew at double-digit rates in each of the four major regions from one year ago.

Sales jumped 13.8% In the Northeast and 1.4% in the Midwest. The South and West saw more modest gains of 0.8% over the previous month.

All four regions saw median price gains of more than 10% from one year ago.

Feeding Houston's hungry: 1M pounds of food daily for needy
Oct 26, 2020 2:25 AM
Comments
We welcome your feedback and encourage you to share your thoughts. We ask that you be respectful of others and their points of view, refrain from personal attacks and stay on topic. To learn about our commenting policies and how we moderate, please read our Community Guidelines.