DETROIT — Tesla is trying to assure its 55,000 employees that there hasn't been a big coronavirus outbreak at company facilities worldwide, despite a report by an electric vehicle industry website that over 130 Tesla employees or contractors have tes
Jul 16, 2020 2:59 PM By: Canadian Press 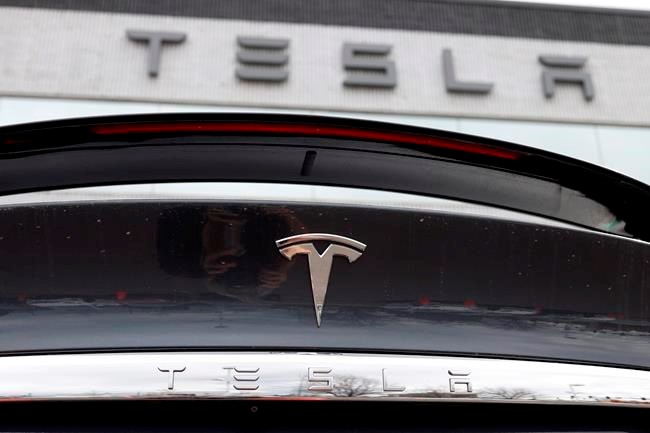 DETROIT — Tesla is trying to assure its 55,000 employees that there hasn't been a big coronavirus outbreak at company facilities worldwide, despite a report by an electric vehicle industry that over 130 Tesla employees or contractors have tested positive.

In an email to workers Wednesday night, the company said that since January it has had fewer than 10 cases of the virus that causes COVID-19 that were transmitted in the workplace.

But the email from Laurie Shelby, Tesla’s of environmental, safety and health, also confirmed reports that Tesla is looking into more than 130 positive tests among employees, including those who contracted the virus outside of Tesla facilities. She said less than 0.25% of employees worldwide have tested positive for the novel coronavirus, which equals just over 137 workers.

Her message came in response to a report by Electrek.co that over 130 Tesla employees or contractors have tested positive, and hundreds more are waiting for test results. The said it based the report on internal company data.

Shelby wrote that the story referred to data “that was in the process of being validated” and included employees worldwide who may have been infected but never entered a Tesla site, or were infected at home while Tesla's operations were shut down earlier in the year. A Tesla spokesman would not comment on the report or the email, which was obtained by The Associated Press.

“Nearly all — more than 99.99% — of these occurrences were not cases of virus transmitted at work,” Shelby wrote in the email. “Most of the positive cases resulted from an individual living with or with someone with COVID-19 and have returned to work after recovering from home.”

Shelby wrote that Tesla doesn't have any employees in serious condition anywhere in the world because of COVID-19.

A message was left Thursday seeking comment on the numbers from the public health department in Alameda County, California, which includes Fremont, the location of Tesla's only U.S. assembly plant. The factory employs about 10,000 workers.

Some workers have refused to return to the plant out of fear of catching the virus. They did so after CEO Elon Musk in May defied Health Department orders not to restart production under shutdown orders due to the virus.

Some Tesla workers and activists say the company is threatening to fire employees who haven’t returned, but Tesla officials have said claims about firings are not true. Workers say they've heard about COVID-19 cases at the plant but they don't know numbers. They have called on the company and health department to release the figures.

However, Shelby wrote in the email that an employee survey found the vast majority of workers feel comfortable with the safety measures being taken by the company.

She urged workers to wear masks or face coverings to stay healthy and save lives and warned that failing to wear masks where required, or not wearing them properly, will bring disciplinary actions. She also wrote that workers should stay home if they're sick.

Musk reopened the Fremont plant May 11 in defiance of county orders. The health department had deemed the factory a nonessential business that can’t fully open under virus restrictions, but Tesla contended it was essential under federal guidelines.

The next day, however, the Health Department announced that the plant could return to manufacturing as long as it delivers on worker safety precautions that it agreed to.