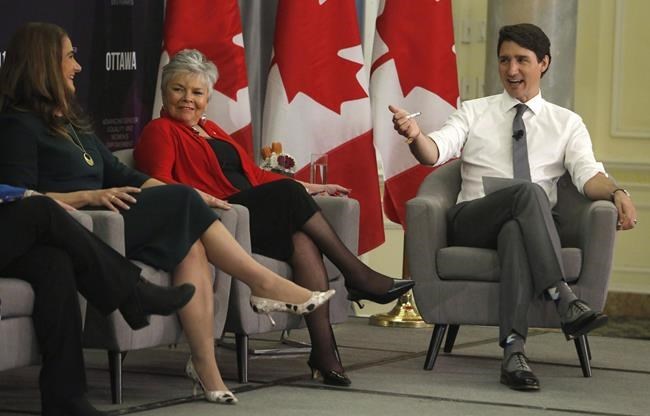 TORONTO — A first-of-its-kind research study by two national Aboriginal groups has found that Indigenous employers provide Indigenous workers with better job satisfaction than other employers while paying them comparable incomes.

The study, released Tuesday, is based on responses from Ontario participants in a 2020 national survey of Indigenous students who received financial help toward post-secondary education in the past five years.

“This report begins to address the lack of data on Indigenous entrepreneurship and educational success,” said Roberta Jamieson, president and CEO of Indspire, a charity that funds education for First Nations, Inuit and Métis individuals for the benefit of their communities.

About one-third (35 per cent) of the survey's Ontario Building Brighter Futures recipients reported working for an Indigenous employer, with about three-quarters of those respondents saying they found suitable work in an Indigenous community.

Respondents working for an Indigenous employer agreed more strongly with statements that they are valued at work, have a good work-life balance and are satisfied with their current employment, a trend that was consistent across different industries.

Another 7.6 per cent of the survey's respondents were self-employed, which is higher than the Ontario average of 4.9 per cent.

The top three industries for self-employed BBF recipients are: health care and social assistance (45 per cent), arts, entertainment and recreation (25 per cent), and education services (13.75 per cent).

By contrast, the top sectors for self-employed Indigenous people overall were construction (20 per cent), health care and social assistance (11.5 per cent) and professional, scientific and technical services (10.4 per cent).

The new research, which received Ontario government funding support, is Indspire's first collaboration with the Canadian Council for Aboriginal Business.

Their study is based on a representative sample of responses from Indspire's survey of recipients of its Building Brighter Futures program for funding Indigenous students who continue their education beyond high school.

"We know that there's a connection between education and economic development, productivity, employment," she said in an interview.

"We wanted to understand that link (between education and prosperity) and understand key insights into the outcomes of Indspire's . . . bursaries, scholarships and awards."

This report by The Canadian Press was first published Sept. 22, 2020.