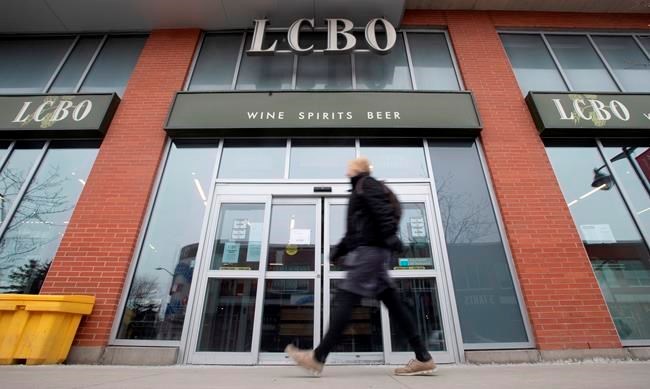 "Reducing hours and concentrating customers into crowded times makes no sense, as would forming lines outside," said Donald Milton, who studies the spread of virus particles at the University of Maryland.

Milton said the potential for crammed spaces risks spreading the virus, which has infected more than 730 Canadians and killed nine.

He recommends either closing stores entirely or maintaining regular or extended hours.

Government-run liquor stores in provinces including Ontario, Quebec and Nova Scotia are scaling back operations, opening their doors for between seven and nine hours on most days as a preventative measure.

Prince Edward Island has gone further, announcing Wednesday that all non-essential services — including liquor stores — would be closed by Thursday afternoon.

Within hours, Charlottetown shoppers were standing in line to stock up on beer and spirits before the window of less than 24 hours closed.

Morrison said the province is looking at alternative options, including online sale.

Stephen Hoption Cann of the University of British Columbia's school of population and public health suggested PEI may have acted too drastically. "Those sorts of interruptions can lead to panic buying, like we have seen with toilet paper."

While liquor provision may not be considered an essential service, another key question is what keeping stores open means for public health.

Small numbers of people spread throughout the store and interacting two-and-a-half metres apart are not generally a public health problem, said Boris Lushniak, dean of the University of Maryland's school of public health. Extra caution should be taken at the checkout counter, he said.

"I admit that I like to have a glass of beer or a glass of wine on occasion," said Lushniak, a former U.S. deputy surgeon-general. "But do I deem liquor stores to be essential? The answer is, to be frank, no. But it’s still not an easy decision on liquor store closures."

The Newfoundland and Labrador Liquor Corporation will shut its retail outlets Saturday and is rolling out a plan for phone and online delivery.

Meanwhile, provincial Crown corporations in Ontario and Quebec are managing traffic flow to avoid crowding. The Societe des alcools du Quebec (SAQ) now lets in between 10 and 50 customers at one time, depending on store size. It also no longer accepts cash.

The Nova Scotia Liquor Corporation has designated a one-hour shopping window starting at 10 a.m. for seniors and other consumers at a higher risk of contracting the virus.

Alberta has chosen to stay the course, however, with Alberta Gaming, Liquor and Cannabis spokeswoman Heather Holmen stating that retail stores "are not impacted at this time."

Scheduled charitable casino events will also roll out as planned, the agency said.

Next door, the B.C. Lottery Corporation closed all casinos as well as community gaming centres and bingo halls on Monday. But the BC Liquor Distribution Branch continues to operate as usual, outside of heightened hygiene measures.

This report by The Canadian Press was first published March 19, 2020.

Kylie Jenner, Forbes spar over story on billionaire status
May 29, 2020 9:50 PM
Most actively traded companies on the TSX
May 29, 2020 5:32 PM
Comments
We welcome your feedback and encourage you to share your thoughts. We ask that you be respectful of others and their points of view, refrain from personal attacks and stay on topic. To learn about our commenting policies and how we moderate, please read our Community Guidelines.