NEW YORK — Brookfield Properties, one of the nation's largest mall operators, is cutting 20% of its workforce in its retail division, as the pandemic has accelerated online shopping and resulted in a string of store closings.
Sep 22, 2020 3:04 PM By: Canadian Press 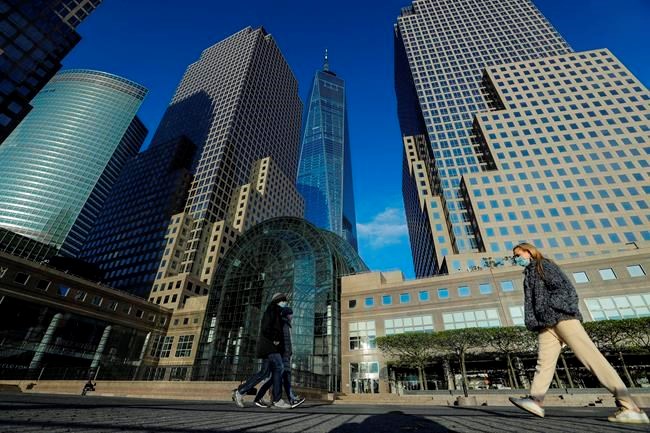 NEW YORK — Brookfield Properties, one of the nation's largest mall operators, is cutting 20% of its workforce in its retail division, as the pandemic has accelerated online shopping and resulted in a string of store closings.

Brookfield Properties, which operates 170 malls, has more than 2,000 employees in its retail division, according to the company.

The news came as luxury fashion firm Ralph Lauren Corp. said that it was cutting 15% of its workforce by the end of its fiscal year, which ends in March. The layoffs come as it accelerates its online operations and tries to become more nimble. The New York-based company estimated that it will incur total pretax charges of about $120 million to $160 million.

Brookfield and Ralph Lauren join a growing list of retailers and mall operators that have cut staff in recent months as the pandemic forced the temporary closure of non-essential retailers. Last week, department store chain Kohl's Corp. said it was cutting 15% of its workforce.

"2020 has had a profound impact on us all, both personally and professionally," Jared Chupaila, CEO of Brookfield Properties' retail group, wrote in a email to its employees. "Our business has been frustrated, interrupted and constrained. All of our constituents — retailers, lenders, communities, partners and our own employees— have been affected by the events of this year and forced to revisit their relationships with our industry and our company."

Chupaila noted in the email, furnished by the company, that while other companies were quick to furlough and lay off people at the onset of the pandemic, it made the "conscious decision" to keep all of its team employed while it gained a better understanding of its long-term impact on the company.

Chupaila said that starting Tuesday and continuing Wednesday, affected employees will be contacted directly by leaders from their department and human resource team member.

News of the layoffs was first reported by CNBC.

Feeding Houston's hungry: 1M pounds of food daily for needy
Oct 26, 2020 2:25 AM
Comments
We welcome your feedback and encourage you to share your thoughts. We ask that you be respectful of others and their points of view, refrain from personal attacks and stay on topic. To learn about our commenting policies and how we moderate, please read our Community Guidelines.