Hilton lost $432 million in the second quarter, and occupancy rates began to lift from dismal lows as hotels reopen and coronavirus restrictions were lifted around the world.
Aug 6, 2020 2:42 PM By: Canadian Press 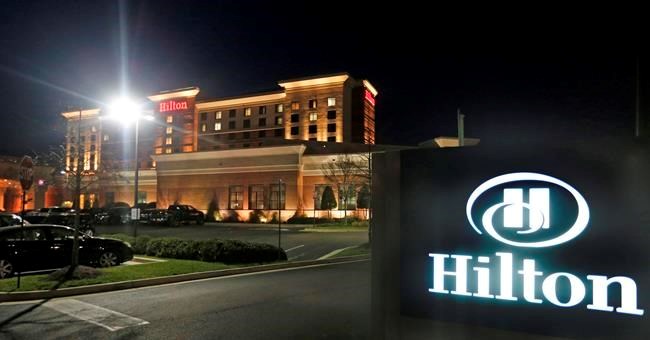 Hilton lost $432 million in the second quarter, and occupancy rates began to lift from dismal lows as hotels reopen and coronavirus restrictions were lifted around the world.

After hitting 13% in mid-April, global hotel occupancy is now running around 45%, Hilton President and CEO Christopher Nassetta said during a conference call Thursday with investors.

“While those are still terrible numbers, that is a lot of improvement over a relatively short period of time,” he said.

Nassetta expects occupancy to climb to the 50% range this fall, but also that it will take business travel two to three years to recover.

The hotel may get a boost from an extended leisure travel season because kids may not be in school and work is more flexible right now, Nassetta said. Some colleges are also booking hotel rooms to expand dorm capacity, he said, while workers are booking rooms to serve as remote offices.

In the April-June period, occupancy averaged 22% worldwide, down 56% from the same period a year ago. Occupancy levels were highest in Asia, at 29%, and lowest in Europe, at 7%.

U.S. occupancy levels averaged 24%. Tourism in beach towns like Norfolk, Virginia, has recovered more quickly in the U.S. than cities like New York and Seattle, according to STR, a hospitality data and consulting firm.

The McLean, Virginia, company announced layoffs of about 2,100 people, 22% of its corporate workforce, in June, and it extended previously announced furloughs and corporate pay cuts for 90 days.

The adjusted loss of 61 cents per share was far worse than the 31 cents projected on Wall Street, according to a survey of analysts by FactSet.

Hilton’s revenue plunged 77% to $564 million in the April-June period. Analysts had expected sales of $819 million.

Revenue per available room, a key measure, plunged 81% to $21.67. One issue: Business is stronger at lower-priced brands like Hampton and Hilton Garden Inn than more expensive properties like Waldorf Astoria hotels.

That will eventually change, Nassetta said, but for now there is pressure on pricing.

“People are going to expect a bargain for everything," he said.

The coronavirus pandemic has had a devastating effect on the hotel industry. A fifth of Hilton's hotels had to close at some point in the last six months, Nassetta said. As of July 31, 96% of its 6,100 hotels were open worldwide.

To entice , Hilton recently launched CleanStay, a cleaning program it developed with Lysol and the Mayo Clinic.