TORONTO — Closed schools, stores and movie theatres — and a lack of children's birthday parties — have been just a few of the COVID-19-related challenges for toymaker Spin Master. Toronto-based Spin Master Corp.
Aug 6, 2020 4:00 PM By: Canadian Press 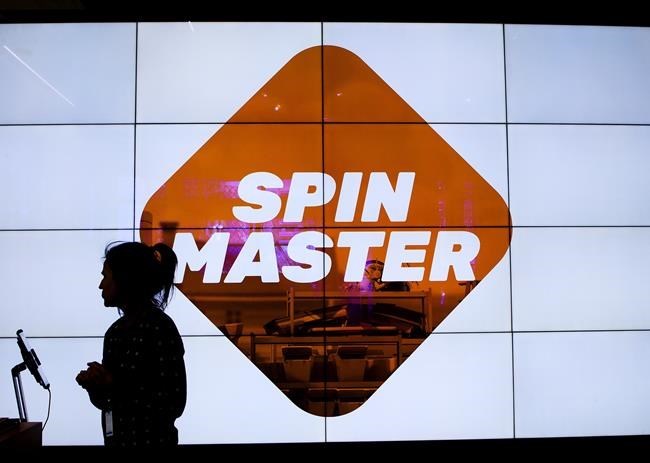 TORONTO — Closed schools, stores and movie theatres — and a lack of children's birthday parties — have been just a few of the COVID-19-related challenges for toymaker Spin Master.

Toronto-based Spin Master Corp. said this week that strong demand for outdoor play equipment, plushies and puzzles has failed to offset declines in sales of Hatchimals and certain Paw Patrol-branded merchandise in the three months ending in June.

Toy categories popular during the pandemic, such as games and puzzles, have lower profit margins for the children’s entertainment company, noted chief financial officer Mark Segal in a conference call with financial analysts on Thursday.

The Toronto-based company, which keeps its books in U.S. dollars, lost US$14.9 million, or 15 cents per share, in the three months ending June 30.

During the same period in 2019, the children's entertainment company earned US$10.2 million or 10 cents per share.

Revenue was US$281 million for the quarter, down from US$321 million in the year-ago period.

For Spin Master, the pandemic hit as it was mounting an unsteady transition to a new system of tracking inventory — replacing a legacy system CEO Ronnen Harary called "bloated" and "inefficient."

As other stores closed during the COVID-19 lockdown, retailers like Target, Walmart and Amazon became lifelines for Spin Master, which also makes popular toys such as Kinetic Sand, Monster Jam RC and DC-licensed products.

On an adjusted basis, the toymaker lost less money than expected during the quarter.

While there is some uncertainty around demand for educational games as school districts mull reopening, Spin Master said it is still planning the theatrical release of a "Paw Patrol" movie in 2021, and is seeing uptake in a "Paw Patrol" show aimed at slightly older children.

Chief executive Ronnen Harary also said the company has revamped its marketing spending, focusing less on in-store displays and trade shows, and more on influencers and e-commerce. The company has brought more of its promotional decisions in-house, with Harary touting key marketing hires from BuzzFeed.

"Our overall goal is to spend judiciously," said Segal. "We are on track to do this."

Maine lobster business salvaged its summer despite pandemic
Sep 26, 2020 10:24 AM
Comments
We welcome your feedback and encourage you to share your thoughts. We ask that you be respectful of others and their points of view, refrain from personal attacks and stay on topic. To learn about our commenting policies and how we moderate, please read our Community Guidelines.