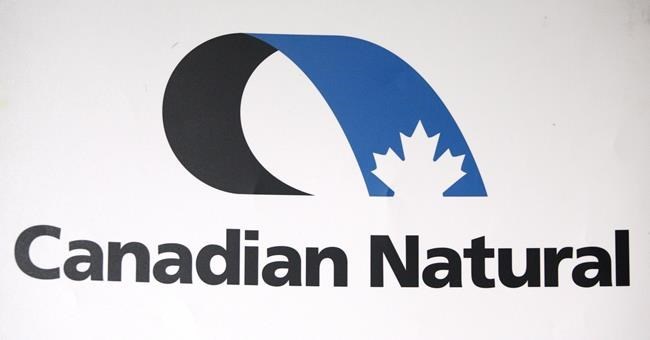 Production of synthetic crude — oilsands bitumen that fetches higher prices after being upgraded to a light oil quality — rose to a record 464,300 barrels per day, despite maintenance activities at its Horizon oilsands mine in May.

Meanwhile, Canadian Natural said it cut costs at its mining and upgrading operations to $17.74 per barrel, a 15-per-cent decrease from the first quarter.

"During the quarter, we effectively and efficiently reacted to temporarily curtail production and complete maintenance due to low prices while prioritizing high-margin production," said president Tim McKay on a conference call.

"Then, as prices improved, we quickly reinstated production cost effectively."

He credited the improved performance to "synergies" between Canadian Natural's Horizon mine and the Athabasca Oil Sands Project mine it operates after buying a 70 per cent stake in 2017.

Its adjusted loss was $772 million or 65 cents per share, versus expectations of 85 cents per share on $2.84 billion of revenue, according to financial markets data firm Refinitiv.

In Toronto, its shares closed 2.9 per cent higher at $25.76 as analysts applauded the company's higher than expected second-quarter production and prospects for strong output in the second half of 2020.

The company reduced output at its primary heavy oil operations by 24 per cent and at its thermal oilsands projects by seven per cent in the second quarter compared with the first because their non-upgraded products were harder hit by low crude prices.

It said it expects an acceleration of corporate tax cuts by the province of Alberta from 10 to eight per cent effective July 1 will result in tax savings for 2020 of $35 million, which it said it expects to invest in projects in Alberta.

Canadian Natural said its current break-even West Texas Intermediate price level is US$30 to US$31 per barrel. WTI crude traded at US$42.12 on Thursday morning.

The company said it will leave its capital spending budget at $2.7 billion this year and expects its net debt at year-end will be unchanged from last year's level.

It produced 1.16 million barrels of oil equivalent per day in the second quarter, including about 922,000 bpd of crude and liquids produced with natural gas.

The company consumes the equivalent of about half of its natural gas production in its oilsands operations.

Companies in this story: (TSX:CNQ)

Maine lobster business salvaged its summer despite pandemic
Sep 26, 2020 10:24 AM
Comments
We welcome your feedback and encourage you to share your thoughts. We ask that you be respectful of others and their points of view, refrain from personal attacks and stay on topic. To learn about our commenting policies and how we moderate, please read our Community Guidelines.