MONTREAL — CAE Inc. is temporarily laying off about a quarter of its staff, cutting salaries and suspending its dividend and share repurchase plan in response to the COVID-19 pandemic.
Apr 6, 2020 11:00 AM By: Canadian Press 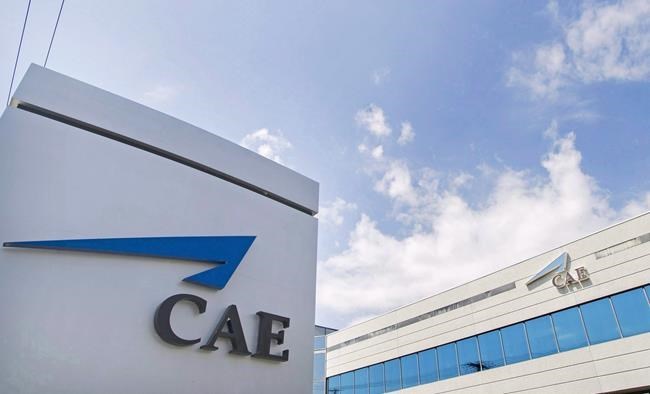 MONTREAL — CAE Inc. is temporarily laying off about a quarter of its staff, cutting salaries and suspending its dividend and share repurchase plan in response to the COVID-19 pandemic.

About 2,600 of the flight simulator maker's 10,500 employees will be laid off and another 900 employees placed on a reduced work week, the company said Monday.

Roughly 1,525 of the layoffs were in Canada — mainly Montreal — along with half of the work-week reductions, a spokesperson said.

CAE also announced salary freezes and salary reductions for staff not affected by reduced work weeks. Chief executive Mark Parent and his executive team will take a 50 per cent pay cut for three months, while vice-presidents will see a 30 per cent cut.

Directors and managers will take a 20 per cent cut and group leaders and employees will see a 10 per cent reduction in pay.

Meanwhile, CAE has designed a ventilator prototype to provide life support to patients in intensive care and is working to source components in order to begin production once it is approved by Health Canada.

The company is now sourcing components to assemble the life-saving devices — essential to some COVID-19 patients — at its facilities near the Montreal airport.

"Once this prototype is approved by public health authorities, we are looking at manufacturing thousands of units in our Montreal plant and in other sites over the next few months," CEO Mark Parent said in a release.

"We are planning on calling back 150 people as soon as possible specifically for the ventilators," added spokeswoman Pascale Alpha in a phone interview.

Analyst Benoit Poirier of Desjardins Securities said the firm's balance sheet is "under pressure" as orders and deliveries of flight simulators begin to drop amid the shock to the airline world, "but we are confident CAE can weather the crisis."

About two-thirds of the Montreal-based company's 50-plus training centres remain open.

That proportion should remain intact, "considering that civil training is a highly regulated industry and that pilots must be certified every six to nine months," said RBC Dominion Securities analyst Steve Arthur.

"Of course, with border closures, government enacted lockdowns and many airline pilots furloughed, we expect materially lower utilization rates in the near term at the still operational centres," he said in research note.

Companies in this story: (TSX:CAE)