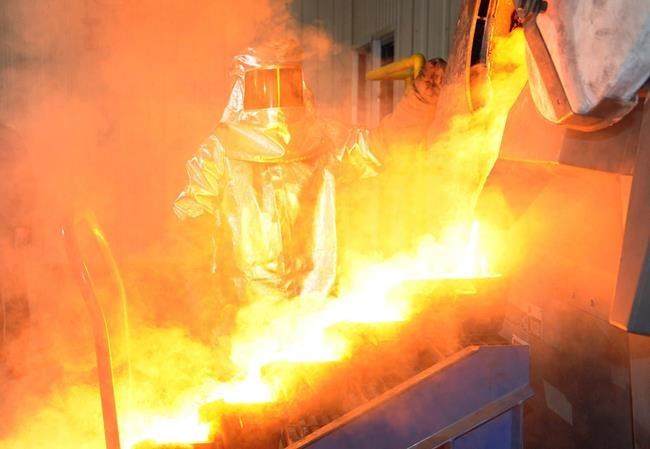 TORONTO — Agnico Eagle Mines Ltd. says it's sending its local workforce home from its Nunavut mining operations for four weeks to protect them and their communities from the potential spread of the COVID-19 outbreak as the territorial government declare a public health emergency.

The Toronto-based gold miner says it will continue to pay those workers and it's meeting with its contractors to discuss similar measures for their local workforces.

It says workers who are not currently on site at its Meliadine and Meadowbank operations will be asked to stay home, while the reduced workforce that remains will keep the mines running.

There haven't been any confirmed cases of COVID-19 in Nunavut and the company says that's also true of Agnico Eagle's global operations.

Company spokesman Dale Coffin wrote in an email the Nunavut decision will affect about 450 of the company's 3,000 employees at the two mines, including kitchen and cleaning staff, miners, drivers, tradespeople and administration workers.

In a report, National Bank Financial analyst Mike Parkin said the two mines are expected to produce a little over 30 per cent of Agnico's gold production for the first half of 2020.

"This precautionary measure is being implemented in order to eliminate the potential risk of transmission of COVID-19 from a southern worker to a Nunavut worker, with the risk of it moving into the communities," Agnico Eagle CEO Sean Boyd in a statement.

This report by The Canadian Press was first published March 19, 2020.

Companies in this story: (TSX:AEM)

Kylie Jenner, Forbes spar over story on billionaire status
May 29, 2020 9:50 PM
Most actively traded companies on the TSX
May 29, 2020 5:32 PM
Comments
We welcome your feedback and encourage you to share your thoughts. We ask that you be respectful of others and their points of view, refrain from personal attacks and stay on topic. To learn about our commenting policies and how we moderate, please read our Community Guidelines.