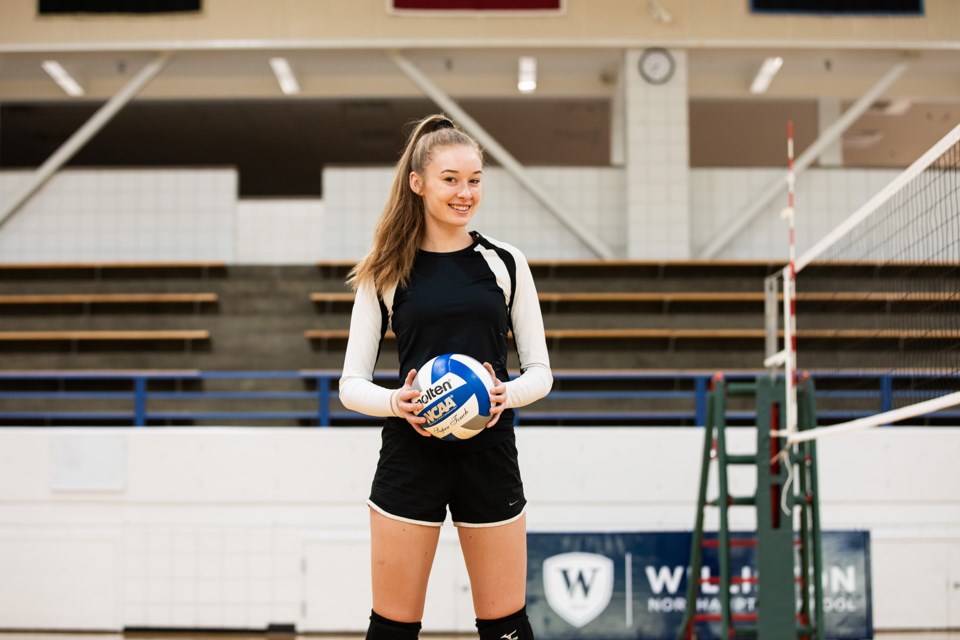 Thorold native Gates MacPherson has made her mark on Massachusetts.

The exceptional 18-year-old athlete signed a letter of intent to play college sports during a special ceremony at her school on May 16. MacPherson was among 10 Williston Northampton School graduate students who recently decided to continue their athletic careers in college.

Skilled in volleyball, basketball and track, the three-sport captain committed to the track team of the Endicott College in Beverly, Massachusetts Gulls in the Commonwealth Coast Conference.

“I hope to be a better, stronger, faster version of myself by being in a new environment and training with collegiate coaches,” MacPherson said.

Coach Christopher Pelliccia described her unique set of skills: “Gates came to us as an established track athlete in the discus and high jump. At Williston, she was able to pursue both. Throwing and jumping is an unusual double, yet Gates handled the balance in training and competing perfectly,” he said.

MacPherson earned a NEPSAC (New England Prep School Athletic Council) Div II title in the discus this year, competing against about 120 schools. In addition, she was a high honour student.

According to the school’s Director of Athletics, Mark Conroy, “Gates was a rare three-sport captain in volleyball, basketball and track and field," and "an outstanding leader,” he added. “All of her coaches spoke glowingly of her positive spirit, competitiveness, unselfishness, and leadership by example.”

The triple-talented Gates was named MVP of the girls’ track and field team two years in a row, and this spring she won a Blanket Award to recognize exceptional participation in the athletic program.