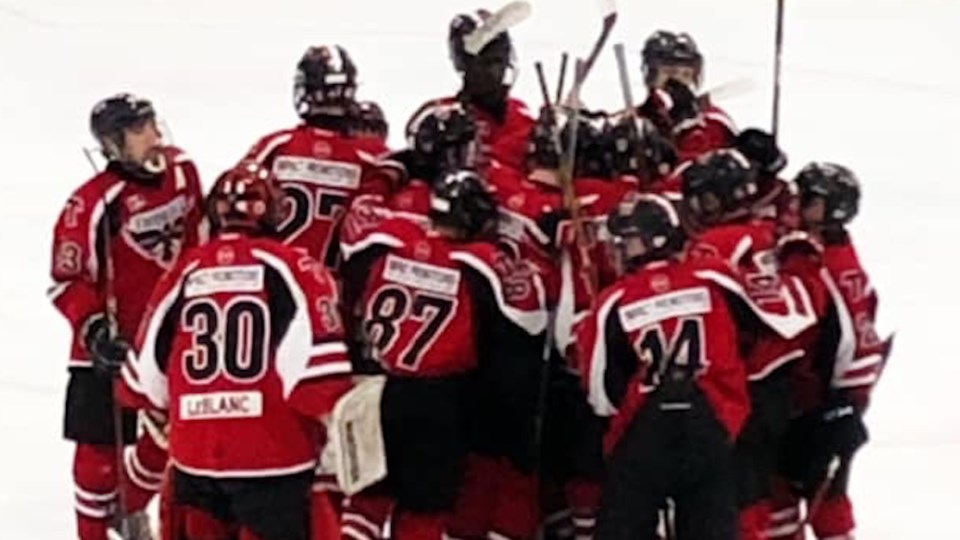 Pelham scored again midway in the second period to go up 2-1 on a goal by William Baltrusiunas, assisted by Jacob Laewetz. Ethan Bolibruck would tie the game at 4:11 while on the power play, assisted by Ogo Ogunkeye and Curtis Isherwood. The second period would end with the game tied at 2-2.

In the third period Thorold would put the game away with another power play goal at 10:13 by Andrew McCafferty, assisted by Matteo Digiovanni and Luka Radovanovic. 4 minutes later Ty Coppola would score on a nice shot coming down the right side with the assist going to Ethan Fisher this would put Thorold up 4-2 with just over 6 minutes to play. Pelham would pull their goalie with about two minutes to play. Kyle Prendergast at 1:50 remining to play would add an insurance goal into the empty net with assist going to Andrew McCaferty making the Final score 5-2 Thorold.

The series now moves to Thorold Friday night at 7:10pm for game 2. Game 3 will be on Saturday night at 5:30pm in Pelham.