Spartans take a pair on the weekend

Last night's win came a day after they defeated the Wallaceburg Red Devils
Jun 10, 2019 10:30 AM By: Bob Liddycoat 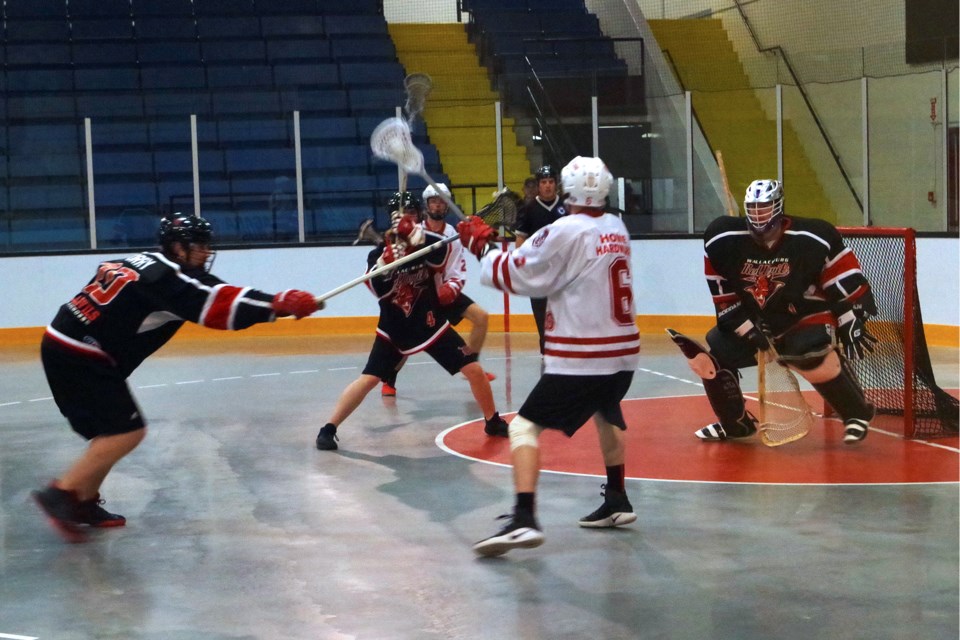 It was a close one at the Thorold arena last night but in the end the Spartans edged the Point Edward Pacers 10-9 in Jr. B Lacrosse.

Alex Gaston scored at the 17:40 mark of the third period to give the Spartans the win.

Mitchell Geoffroy ​​​had a goal and four assists to lead the Spartans with five points. Gaston had three goals and an assist.

Andrew Kidd and Adam Brennan shared goaltending duties for the Spartans but Brennan was credited with the win, allowing only 1 goal in a period played.

The Spartans held a 6-2 lead after one but the Pacers reversed that taking the second period by a 5-2 margin. It was even in the third, with each team getting a pair of goals.

Shots on goal were also even with Pacers getting 46 and Spartans managing 45.

The Spartans are six points behind the second place Thunderhawks in the South West Division, while the Pacers sit in third place in the Far West Division.

The Spartans play their next home game in the Thorold arena on June 13 against the Welland Generals. Game time is 8 p.m.