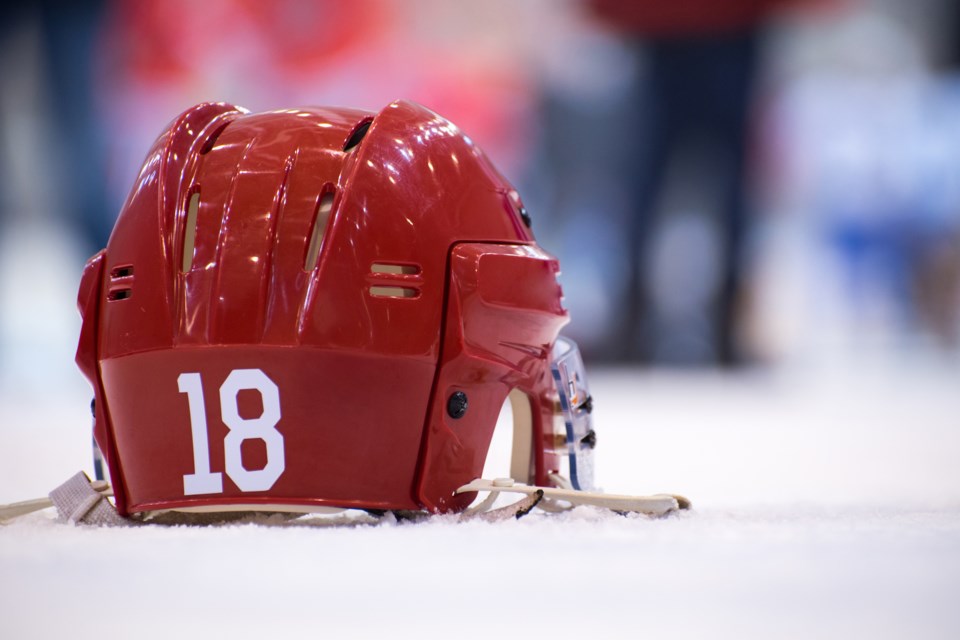 The Thorold Jr. B Blackhawks came out ahead 9-8 on the road over the Hamilton Kilty B’s Monday night, but unfortunately, that lead was only in the penalty box. As for scoring, the Hawks fell behind early and stayed there, eventually falling 5-1 to the home squad.

Despite the penalties, Hamilton only managed one power play goal. Unfortunately for the Hawks, that was one goal better than they managed with a man advantage as both teams enjoyed six power play opportunities.

Hamilton jumped out to a 2-0 lead in the first, scoring their first marker only 22 seconds into the game. Hamilton built on that lead in the second, going up 5-0 before Thorold’s Sam VanderZalm finally put the Blackhawks on the score sheet with a goal at 18:01.

No one scored in the third, but both teams were busy in the penalty box.

Hamilton had the lone penalty in the first, but the Hawks jumped into the penalty lead in the second with four to Hamilton’s one. But that was nothing compared to the third when both teams seemed intent on sitting for the rest of the game.

Hamilton took six penalties in the final stanza while Thorold took five with Thorold’s Nick Gidney earning a 10-minute misconduct at the end of the game for inciting an opponent. In all, Thorold took a total of 26 penalty minutes while Hamilton registered 16.

Noah Fortuna gave up all five Hamilton goals and was pulled after two with Chase Grsic shutting the door the rest of the way.
Thorold currently sits in fifth place and will face second-place Niagara Falls at home Thursday, Feb. 7.