The win moves Thorold into fourth place in the Golden Horseshoe Jr. B Conference
Dec 14, 2019 5:30 PM By: Bob Liddycoat 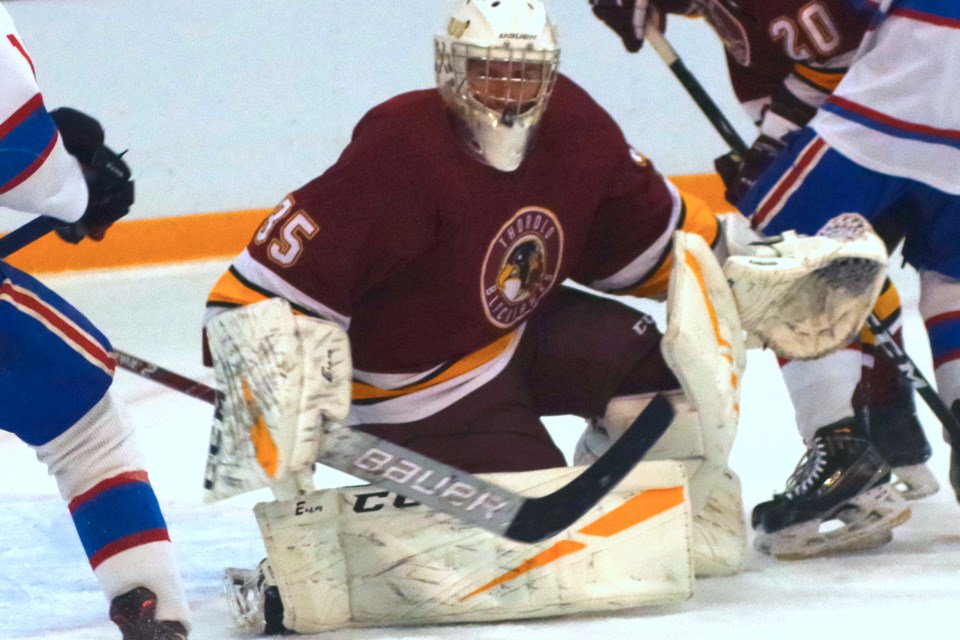 The Thorold Blackhawks got goals from six different players as they downed the visiting Buffalo Regals Thursday night by a 6-0 score.

Dylan Shriver and Brad Ditillio scored for Thorold in the first period. Neither team scored in the second frame.

But the Hawks added goals by Trevor Neumann, Joel Chauvin, Owen Holmes and Cam Lightfoot in the third to seal the victory.

Thorold outshot Buffalo by a 39-29 margin and Noah Fortuna got the win in the Thorold net.

The game's three stars were Lightfoot, Scriver and Fortuna.