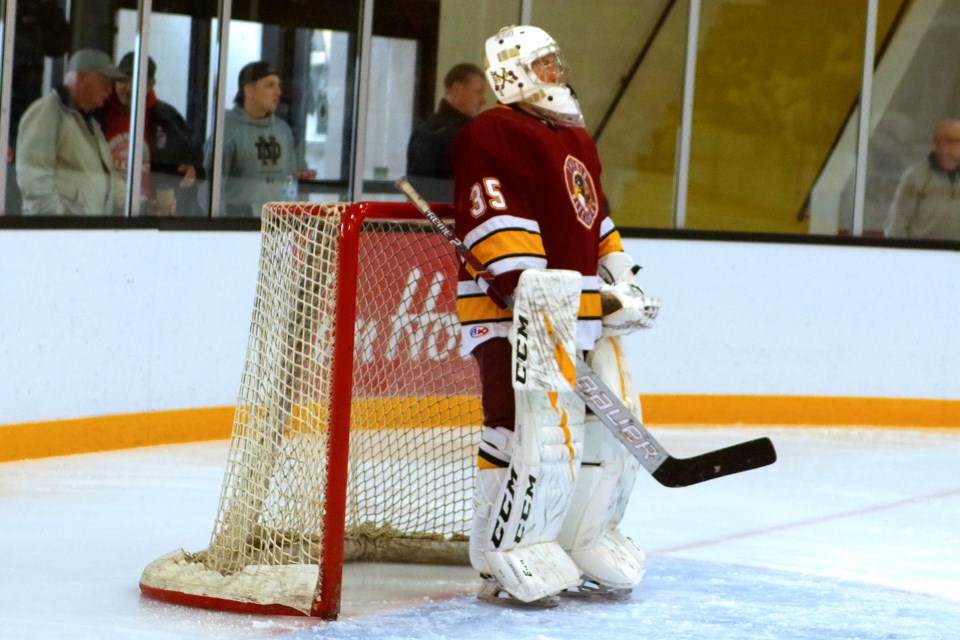 Playing at home on Saturday night, the Thorold Blackhawks battled the Hamilton Kilty Bs to a tight 2-1 finish with Thorold coming out on top.

The fifth-place Hawks gained ground on the second-place Hamilton team. The Hawks are now just four points out of the second spot in the GOJHL.

Andrew Salt scored in the first period for Hamilton before Brad Ditillio answered for the Hawks.

The teams played through a scoreless second period. Early in the third period Nicholas Rubino scored the winner for the Hawks.

Hamilton outshot Thorold by a 47-36 margin with Noah Fortuna making 46 saves to backstop Thorold to victory. He was named the game’s first star while Rubino and Ditillio were named second and third stars, respectively.

Thorold is home to Fort Erie on Thursday with game time at 7:07 p.m.