Falcons down Hawks in penalty-filled game 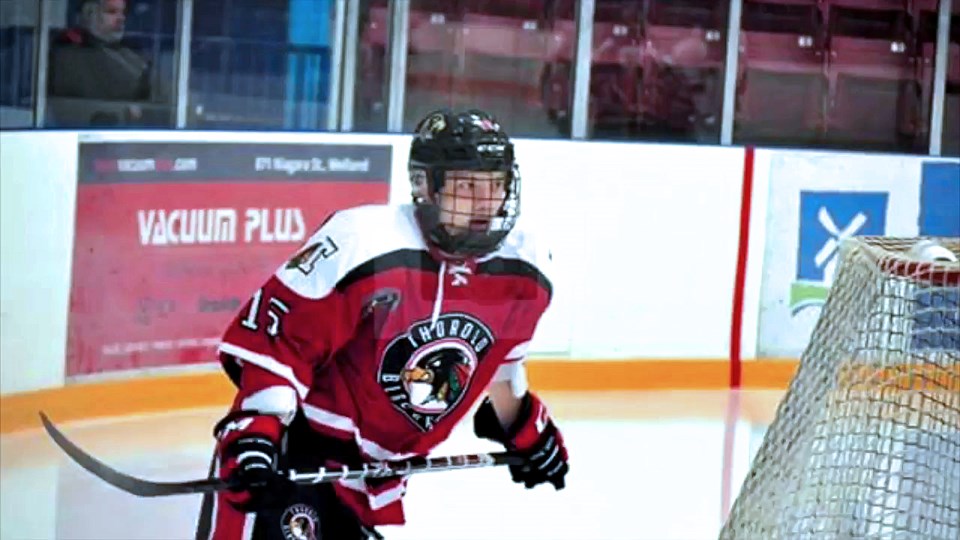 Trevor Neumann had two points in a Thorold Loss.

The St. Catharines Falcons were outshot by the hometown Thorold Blackhawks by a 27-23 margin tonight but skated away with a 5-2 victory.

The Falcons outshot the Hawks by a 10-1 margin the first period and ended the frame with a 2-0 lead.

They added two more in the second period and another one midway through the third before Thorold got on the board.

The third period was all Blackhawks as they outshot the visitors by a 17-3 margin and scored two late goals, but it was far too little, too late.

The game escalated as it progressed with the teams receiving two penalties apiece in the first period. The second period included five penalties to Thorold and four to the Falcons.

St. Catharines sits in second place behind Niagara Falls and Thorold is in fifth place in the Golden Horseshoe conference.