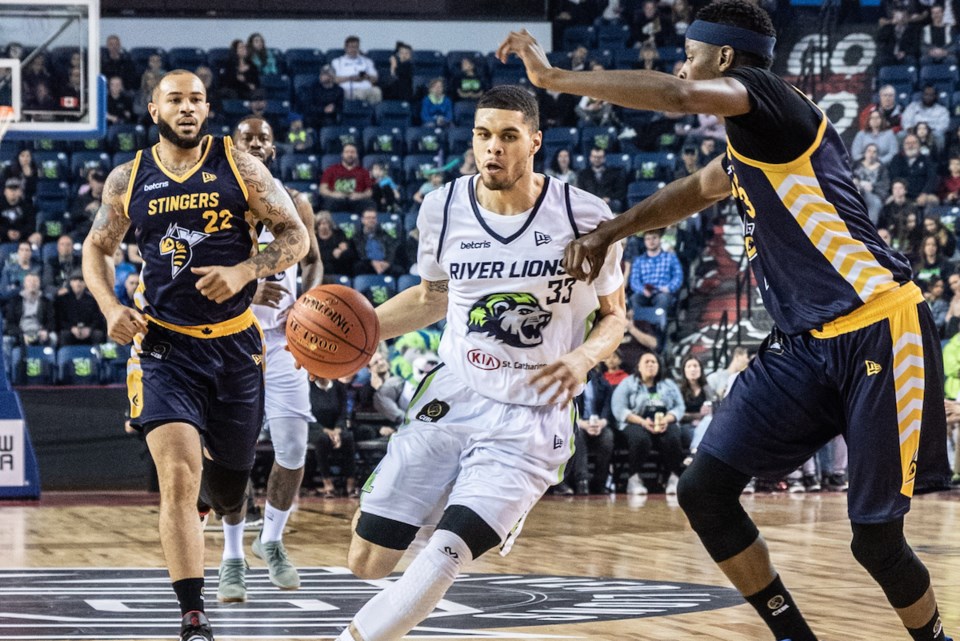 NEWS RELEASE
NIAGARA RIVER LIONS
********************************
The Niagara River Lions announced today that Greenville, S.C. native, Dorian Pinson has re-signed for the 2020 season. He is currently playing for Ramat HaSharon in Israel’s National League and will return to Niagara for his second season with the club.

Pinson lead the team in rebounds per game (7.6) and in assists per game (4.3) through all 21 games he started in during the 2019 season. Pinson was one of seven players to sign an Option Letter in September which declared mutual intent to return to Niagara, along with Payen-Boucard who recently re-signed with the team.

“I’m excited to have Dorian back with us for another River Lions season,” said head coach and general manager, Victor Raso. “Dorian is a fantastic young man whose passion for the game and his teammates is infectious. On the court his versatility impacts the game in many ways and allows us to put him in many advantageous situations. Dorian makes his teammates better, and in turn makes us better. I’m thrilled to continue to help him on his basketball journey.”

Prior to Pinson’s professional career, he played four years at Lincoln Memorial University. In his senior year he averaged 15.5 points per game and 9.4 rebounds per game.

Pinson expressed his enthusiasm to return, “They said let’s run it back so that’s what I’m here to do! I’m excited to be back with the Niagara River Lions family and fans. Year two will be epic, so stay tuned for the show!”

The Niagara River Lions will tip-off the season at home on May 7 versus expansion franchise, the Ottawa BlackJacks. Season tickets, voucher packs, ‘marquee matchup’ packs and group tickets are on sale now.