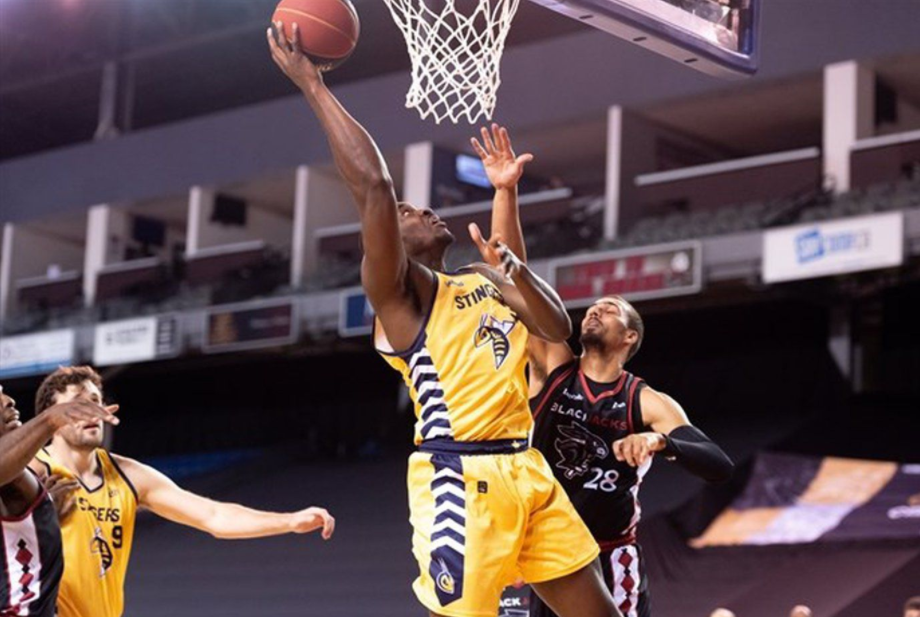 he Edmonton Stingers won the CEBL summer tournament that began July 25 at the Meridian Centre. Photo by CEBL

It was a season that almost never happened.

Like many professional sports leagues, the Canadian Elite Basketball League was unsure if their season would end up progressing at all in March, when the onset of COVID-19 saw leagues across the world suspend play.

John Lashway, executive vice-president of strategy and communications for the CEBL, said the league considered a number of options when it came to how to resume play and what a modified season might look like.

“Starting back in mid-March, none of us knew what the world was going to look like. We looked at quite a few different options. Everything from playing the standard 20-game season and delaying the start, to playing a 14-game season or a 10-game season.”

Ultimately the decision was made to play a tournament-style season, which begin July 25 with the Niagara River Lions taking on the Hamilton Honey Badgers.

Lashway said the league considered a number of different venues to host the tournament, with seven different cities across the country considered, but ultimately decided on St. Catharines and the Meridian Centre as the location to play.

“Being in St. Catharines, it really allows us to take advantage of the personnel resources we have. Having a franchise here in St. Catharines and the league office in Thorold, we really could pull a lot of staff power together.

“The arena folks at the Meridian Centre are fantastic as well. They know what goes (into) putting on a basketball event. It really just made the most sense, it was a venue that was most well suited for something like this.”

Unlike other leagues, however, the CEBL chose not to use the bubble model employed by other leagues such as the NBA and the NHL.

Lashway said that decision came from the advice given to them by Niagara health officials.

“Dr. Hirji from Niagara Health said, 'I think it is in your best interest not to do a bubble,' so instead we created three safe zones. The league kind of becomes a bit of a passenger to the health experts. We are not medical experts, so we do what we are told to do. So it was told to us to set up three safe zones, those being the hotel, the practice facility and the arena.”

Lashway said another precaution the league took was the designation of a COVID-19 officer for each team.

“Each team has a COVID-19 officer assigned to it. That person takes the temperature, checks each person as they move from safe zone to safe zone; they also clean the rooms, the courts, the arenas.”

In such a challenging time, and with so many hurdles to overcome, Lashway said the league couldn’t be happier with the way the tournament came together and the response from fans across the country.

“The feedback we have gotten from the people who watch us on CBC or places that we are streamed has just been terrific. People are so hungry for normalcy and a return to sports. It has really been gratifying that we went through all of this to get the reaction that we got. It has really been amazing, and really rewarding.”