Four days of music will be added to this year's traditional Canada Day activities
May 24, 2019 8:00 AM By: Bob Liddycoat 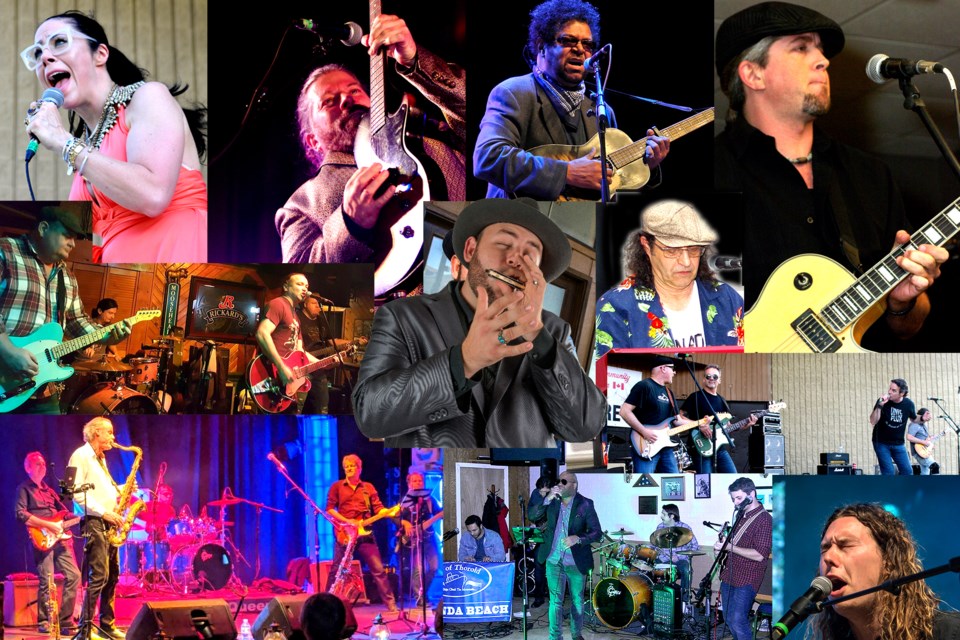 Thorold’s Canada Day weekend celebrations are about to get even bigger.

Beginning with a one-day event several years ago, the weekend celebrations were extended to three days during Canada’s 150th Anniversary Celebrations. Now the music festival that accompanies the Canada birthday celebration will stretch into a four-day event.

Building on Thorold’s reputation as hosting some of the best blues bands in the world at the annual Canal Bank Shuffle Blues Festival, a new festival was born in 2017.

Blues on the Battlefield invited some of those same international artists back to Thorold for the summer event. And this year, the music selection will expand to include several rock and roll bands. The expansion has earned the title Rock ’N Blues on the Battlefield for the music portion of the four-day event. And there's a little soul music thrown in there for good measure.

In an interview with the ThoroldNews, Mayor Terry Ugulini explained, “This is one event that that we’ve been building on for three years. It came to us from feedback from the community that we do not utilize the Battle of Beaverdams Park enough. We want to build on it so we went out and got additional sponsorships, which allows us to put the event on with no admission charge to the public.”

Noting that in previous years the first two days of the weekend, the music featured blues artists and then local rock bands on Canada Day itself, Ugulini said the mix this year will encompass all four days.

“If you look at the Canal Bank Shuffle event and how it continues to grow, this is the same type of thing to build on that momentum. We’re adding a bit of other music types so it appeals to all the community. There’s something for everyone if you show up at this event. A lot of people don’t understand how diversified the music styles are so this gives us an opportunity to let the public know what we’re doing with The Shuffle, and with the quality of entertainment, how we can build on it with this event,” he said.

Canada Day itself will still feature food trucks and family-friendly events as in past years, including fireworks.

Included in the four-day lineup will be JP Soars from Florida, who was recently nominated for best Rock Blues artist against such titans as Billy Gibbons of ZZ Top, Kenny Wayne Shepherd and the eventual winner, Eric Gales. Also included will be the Paul DesLauriers Band from Montreal, who were runners-up recently at the International Blues Challenge in Memphis, Tennessee. And returning to Thorold will be soul band Laura Raine and the Ceasers from Detroit, Michigan.

The rock band lineup this year will see the return of local favourites Vinyl Flux, Veranda Beach and the addition of Figure Four.

Added to this will be the renowned Pretzel Logic, a 10-piece band from Toronto that specializes in Steely Dan covers. And local icon Paul Muelli will return home with his band as well.

Thorold’s manager of community services Curtis Dray told the ThoroldNews this is just one step forward for Thorold events.

He said, “The plan, over the next few years, is to increase our event portfolio, bringing more and more residents downtown. We’ve brought lacrosse downtown and and increasing our baseball platform so any event we can bring downtown is better for business and better for the community.”

Dray said this event will also boost tourism by attracting visitors to Thorold.

“Events like this absolutely help with tourism. The more people we can bring into our community, the better off all the businesses are downtown - the restaurants, the shops - everything can benefit. I think the Canada Day function this year will be fantastic. It’s the first year that it will be at no cost so we’re looking to make it bigger and better every year, ” he added.

The event runs June 29 to July 1, 2019. More information can be found on the Blues on the Battlefield website and on the City’s website as the schedule develops.

CANADA: Here's how housework, child care was divided between mom and dad during COVID-19
Aug 2, 2020 8:55 PM
Comments
We welcome your feedback and encourage you to share your thoughts. We ask that you be respectful of others and their points of view, refrain from personal attacks and stay on topic. To learn about our commenting policies and how we moderate, please read our Community Guidelines.