Tigger was a familiar sight for countless shoppers at the Pine St plaza store
Jan 14, 2021 10:48 AM By: Ludvig Drevfjall 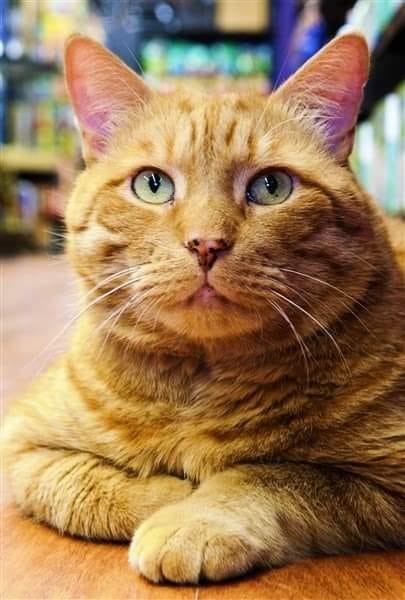 Tigger, the Pet Valu resident cat has passed away at the age of 12. Photo: Pet Valu/Facebook

The staff at Thorold Pet Valu are in mourning after the loss of a four-legged staff member.

On Thursday morning, the team announced on Facebook that Tigger, the store's resident 12-year-old cat, has passed away due to unexpected complications during dental surgery.

"The wonderful staff at the Thorold Veterinary Hospital did everything they could to try to save him, but unfortunately, there was nothing they could do," the statement said.

"Please know that although very unexpected, Tigger passed peacefully and did not experience a moment of pain."

The orange tabby first came to the store to be adopted around ten years ago, but the team said his personality was so special that they couldn't let him go.

He took up residence in the store and became a familiar set of whiskers for countless shoppers, who would meet him on a weekly basis during their trips for litter or kibble.

Tigger could often be seen patrolling the isles of the store or hang out by the checkout, where he would catch - or demand - the attention of shoppers and staff.

He also served as a comfort to the many cats and kittens who came through the store to be adopted via rescues and raised hundreds of dollars through special edition calendars with his pictures on them.

His strong presence on social media helped many cats find their homes.

"He was a smile on a bad day with a purr to melt your heart. He was a protector of kittens and a model extraordinaire," the staff wrote.

Pet Valu said that those who are able can consider making a donation to an animal rescue organization in Tigger's name to honor his memory.