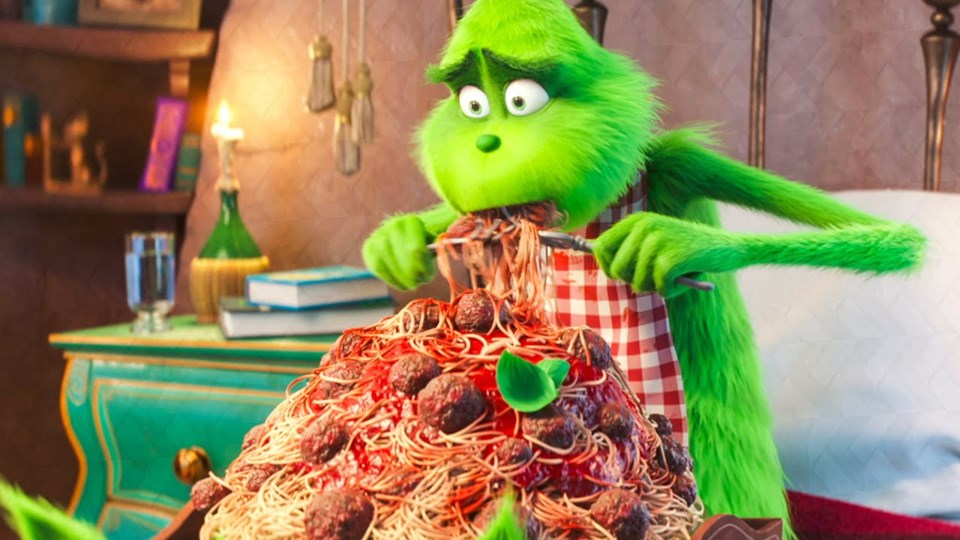 When it comes to Christmas stories, one of the most popular that people hold in high regard is Dr. Seuss’s How the Grinch Stole Christmas (1957). Afterwards, this story was adapted into an animated special in 1966, directed by Chuck Jones of Looney Tunes fame, and narrated by horror icon Boris Karloff. To this day, people watch this beloved classic every year.

When it comes to the movie adaptations, however, things get a little ugly. Ron Howard directed the live action adaptation of The Grinch back in 2000, starring Jim Carrey as the titular character. While the makeup for the Grinch himself received praise, the most common complaints about that film were that the colours were ugly, the Whos were too mean, and overall, it missed the mark on what made the story work. Flash forward to 2018 and once again Universal Studios made another adaptation of the story, this time by Illumination animation, giving us The Grinch (2018).

The story is pretty much the same: the Grinch, this time played by Benedict Cumberbatch, hates the Whos in Whoville and hates Christmas the most. One day, he gets an idea to steal their holiday from them but learns he could never take away Christmas and that Christmas means a little bit more. You’d think it would be pretty straightforward, but like the Ron Howard film, to reach the hour and a half run time, the story is stretched out as much as possible by trying to explain WHY the Grinch hates the holiday, and to give Cindy Lou Who a character arc. Again, this method doesn’t work, but for different reasons.

The problems with The Grinch are pretty much the same many films from Illumination share; they play it too safe and don’t offer anything new or different. For example, while the Whos in this film are nicer in comparison to the 2000 film, there's nothing that makes them really memorable; they're nice bland people that people will forget who is who, no pun intended, after seeing this film. Cindy Lou Who, in particular, can be best described as Agnes from Despicable Me (2010). In the movie, Cindy knows her mom is overworked as a single parent and wants to help her in any way she can, but Cindy appears as another typical energetic kid who means well, ironically making her character bland as a result, even when Cindy from the 2000 Grinch had her own arc about the importance of the holiday.

Despite all my criticisms about the Whos, the major problem I have with this adaptation is with the Grinch himself. The original Grinch is basically a loathsome hermit who hates seeing other people happy and wants to make them miserable. Jim Carrey’s Grinch is an eccentric grump, while his back-story explains why he hates Christmas on a sympathetic level; he's still a miserable, lonely person who wants to rob Christmas out of spite.

Cumberbatch, by comparison, tries to be a grump, but comes off more as an awkward person who longs for companionship but doesn’t want to admit it. He even goes back and forth from liking Christmas to not, despite the narration using exact lines from the book about how much he hates it. This is not only inconsistent with the character, but also inconsistent with the goal of giving the Grinch character while being faithful to the original story.

In addition, this Grinch is not even that cruel, or presented as a real bad guy, just a misunderstood loner who's reclusive but doesn’t want to be alone. Essentially he’s a green Gru, another character from Despicable Me. His new design also goes against the iconic song; You’re a Mean One, Mr. Grinch. For example, when one hears the lyrics; “You have termites in your smile,” describing how disgusting he is, they’ll see that his teeth are perfectly molded and white. Essentially, this Grinch comes off more like a cuddly plush toy for kids than a filthy creature that's supposed to be gruesome upon sight.

What frustrates me about this adaptation above all are the complete missed opportunities to make it stand out more. If the filmmakers wanted to take creative liberties, they could've used the softer designed Grinch as a starting point, as more of a grumpy loner. As the film continues, he could become more bitter and angry, not only giving a nod to the Chuck Jones version; but also becoming more visually scraggly and hairy; matching the lyrics from the above-mentioned song. He'd abuse his dog Max much more than he did at the start of this film to showcase his transformation. By the end, when the Grinch realizes there's more to Christmas, he would slowly revert back to his earlier design, symbolizing his change of heart, and treat Max better to make up for the said abuse. Had the film told the Grinch’s story this way, it would’ve REALLY helped to make him much more interesting and show actual character progression.

Though as I stated earlier, Illumination doesn’t take creative chances but prefers not to rock the boat to risk a bad film that could at least be entertaining. This would be more than likely since their last Dr. Seuss adaptation, The Lorax (2012), was the most complex story to adapt, so instead they kept their works as vanilla as possible, at the cost of audience’s expectations.

Overall, while this film is certainly pretty to look at with its winter atmosphere and beautiful Christmas colours, the lack of ambition with The Grinch comes off as more of a corporate cash grab, banking on not only the name, but on how popular this story is around Christmas time. It's by no means the worst film ever made; as to which version of the Grinch is worse, I leave that to the audience to decide. There's no denying, however, that this film, like the one before it, can never match what made Chuck Jones’s Grinch the most beloved of them all.

It's going to take a lot more than just pandering to modern tropes to make any adaptation last for years to come.