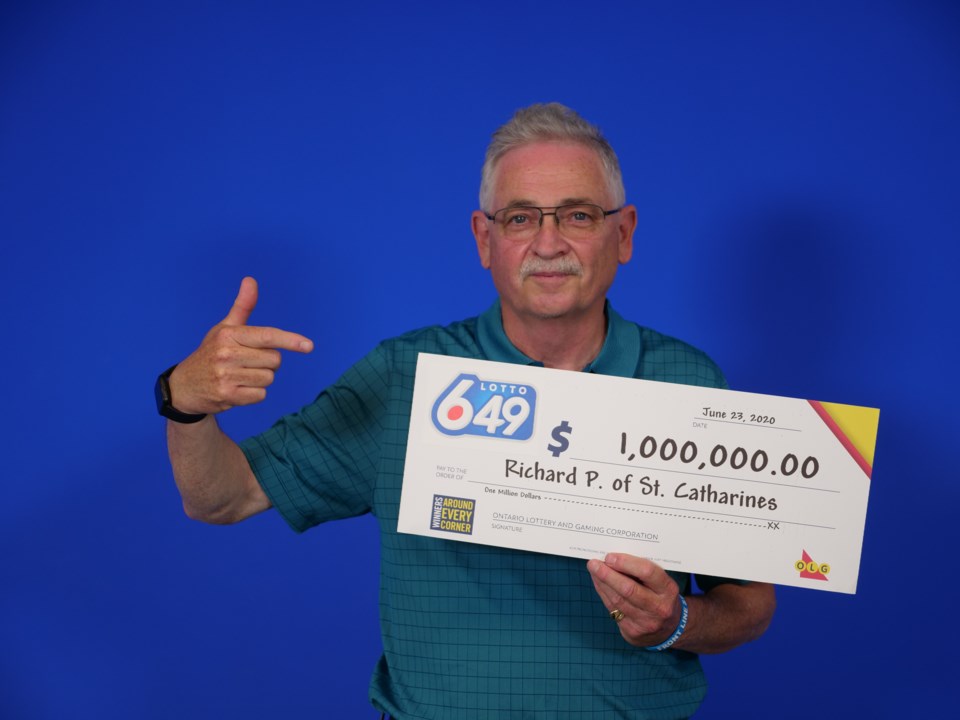 Richard has been playing the lottery regularly for 31 years. The retired transit driver and father of two checked his ticket using the Ticket Checker at the store. "The words 'Big Winner' appeared on the screen and I was happy to share the moment with my wife," he shared, while at the OLG Prize Centre in Toronto to pick up his cheque.

The 63-year-old plans to live mortgage-free and help out his daughter who was laid off due to COVID-19. "We will also make some donations to animal protection groups and foster and adopt more dogs," he said.

"Our family can't believe it. They are so happy for us," Richard concluded.

The OLG Prize Centre in Toronto has resumed in-person prize claims for winning-ticket holders of $50,000 or more by-appointment only. To best protect customers and staff, OLG has put in place appropriate health and safety protocols in accordance with guidelines from public health officials, which include physical distancing measures, the mandatory use of personal protective equipment (PPE) and the pre-screening of visitors before granting entry.

The winning ticket was purchased at Westoak Convenience on Westoak Trails Boulevard in Oakville.

No decision on face covering bylaw in Niagara after six hour long meeting
Jul 8, 2020 9:41 PM
Comments
We welcome your feedback and encourage you to share your thoughts. We ask that you be respectful of others and their points of view, refrain from personal attacks and stay on topic. To learn about our commenting policies and how we moderate, please read our Community Guidelines.