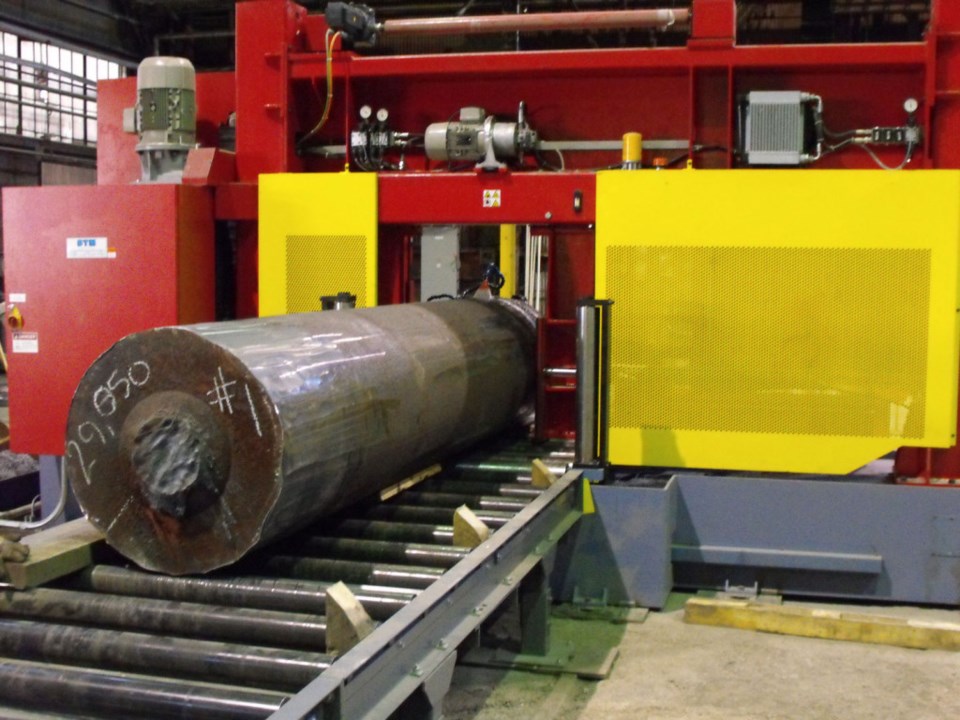 After a tumultuous period of uncertainty in Canada's steel industry, a recent announcement by ASW Steel in Welland has provided encouraging signs of growth and prosperity in the Niagara area.

On September 30, parent company AMPCO-Pittsburgh announced the sale of ASW.

A news release from them stated: "Ampco-Pittsburgh Corporation (NYSE: AP) today announced the completion of the sale of its Canadian specialty steel subsidiary, ASW Steel Inc. (“ASW”), to Valbruna Canada Ltd., a subsidiary of Acciaierie Valbruna S.p.A., of Vicenza, Italy.

ASW president Tim Clutterbuck spoke to the Thorold News and said, “This is really, really good news for the people of ASW steel. Valbruna is large stainless steel producer with about a $1 billion U.S. in sales around the world. We will now called Valbruna ASW."

David DeLeeuw, Purchasing Manager Valbruna ASW Inc. in Welland sent an announcement to its suppliers introducing the Valbruna Group as, "A leading international manufacturer and distributor of stainless steel and nickel alloys bars and wires with manufacturing plants in Italy and the U.S. and worldwide distribution."

For the Welland plant, which employs workers from across the Niagara Region, the core business will not change very much.

“We’re making carbon stainless now. We will be making more stainless to provide steel to their rolling mill in Fort Wayne Indiana," said Clutterbuck. "There are plans to fortify the business."

In fact the correspondence to suppliers noted, "The addition of stainless steel melting capabilities is an important step in the Valbruna Group’s strong commitment to the North American market."

Next week Clutterbuck is off to Italy to meet the Amenduni family who own the business.

"There are four brothers and a sister who each own 20 per cent," explained Clutterbuck.

He also noted the company includes their father, 101 year-old Nicola Amenduni. The company was founded by his father-in-law Ernesto Gresele.

"Nicola still comes to work every day," said Clutterbuck. "The family introduced themselves to the employees of ASW through a video conference, including the senior Amenduni who welcomed them to the company."

In the release from AMPCO-Pittsbugh Massimo Amenduni, Managing Director at Valbruna, offered further positive encouragement saying, “This acquisition is a very important step for us to provide an even better service to our valued North American customers.”

DeLeeuw agreed with the optimistic outlook noting, "This acquisition marks the beginning of a partnership that has tremendous potential within the specialty steel industry.  ASW, as part of the Valbruna family, will continue its pattern of growth and fortify its position as a supplier of high quality products to the market."

The news comes after a very tough period of trade negotiations with the Trump administration. Tariffs imposed by the U.S. had threatened the future of many Canadian industries including a hard-hit steel sector.

Clutterbuck confided in the Thorold News saying, "During the toughest of times I was looking for someone to talk to in Ottawa and no one was more helpful than Vance Badawey.  I’ve been in this business for forty years and now one was able to get me in front of more people and represent the area better than Vance. I got in front of parliamentary secretaries. I was able to testify in front of a foreign trade tribunal, a committee that looks at exactly how the tariffs are affecting Canadian industry. I was extremely impressed."

For his part, Badawey was quick to praise Clutterbuck. "Tim, to his credit, has really kept the industry alive in Welland. With this purchase he may bring it back to a level more comparable to the Atlas Steel years. It's big news for the area. He and his team deserve a lot of credit for making this happen."

Niagara-on-the-Lake man planning to take a trip thanks to lottery winnings
Feb 19, 2020 3:22 PM
Comments
We welcome your feedback and encourage you to share your thoughts on this story. We ask that you be respectful of others and their points of view, refrain from personal attacks and stay on topic. To learn about our commenting policies and how we moderate, please read our Community Guidelines.